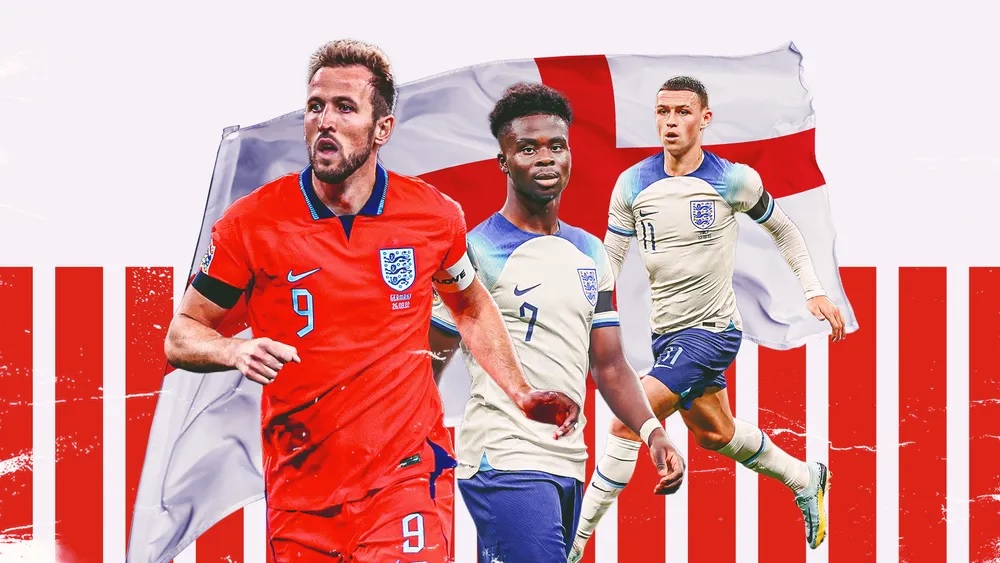 England are set to enter their seventh consecutive World Cup and will be looking to taste glory for the first time since their 1966 triumph.

Gareth Southgate has a talented pool of players at his disposal to pick his World Cup squad from, but their underwhelming form in the Nations League will undoubtedly worry the England boss somewhat.

The Three Lions have been paired with USA, Wales and Iran in Group B and will fancy their chances of making it to the knockout stages without too many problems.

Opponents of a different calibre will await from the round of 16 on, though, with the likes of Brazil, France, Argentina and Spain among others all having formidable squads at their disposal, too.

Which 26 players would you pick from the candidates below to make the trip to the 2022 World Cup in Qatar?

Everton’s Jordan Pickford is on the flight to Qatar as Gareth Southgate’s No.1 in goal for England.

Newcastle United’s Nick Pope and the impressive Aaron Ramsdale, who continues to impress at Arsenal, will be pushing to see some game time between the sticks in Qatar.

Trent Alexander-Arnold, Luke Shaw and Harry Maguire have all received their fair share of criticism during the 2022-23 campaign, but the Liverpool and Manchester United stars have been given the nod.

Elsewhere, Chelsea defenders Reece James and Ben Chilwell have been ruled out of the World Cup due to injury, but Kyle Walker of Manchester City is selected despite suffering physical issues of his own.

Kieran Trippier’s form at Newcastle, along with the absence of others, earns him a place on the plane, along with versatile Arsenal star Ben White.

England have a young and talented midfield that includes Mason Mount, Declan Rice and Jude Bellingham, while Liverpool captain Jordan Henderson is an experienced head that has always been a straightforward choice for the England boss.

Kalvin Phillips has only recently recovered from an injury and has not played much for Manchester City, but another hero from a memorable run to the Euro 2020 final makes another major tournament.

Chelsea’s Conor Gallagher and in-form Leicester playmaker James Maddison are included ahead of the likes of Emith Smith Rowe and James Ward-Prowse.

There were never any doubts about the places of Raheem Sterling, Harry Kane, Bukayo Saka and Phil Foden in the 26-man squad.

Southgate had some thinking to do to, though, when it came to filling the remaining slots in attack.

Jack Grealish’s creativity down the flank will be required, while Manchester United forward Marcus Rashford is back in favour after enduring a tough time in 2021-22.

Newcastle striker Callum Wilson is the man set to provide cover for Kane, with the likes of Tammy Abraham and Ivan Toney missing out.

Jordan Pickford will be ready to lead from the back behind the defensive back-four of Luke Shaw, John Stones, Eric Dier and Kyle Walker.

Declan Rice and Jude Bellingham could form a solid double pivot behind the attacking trio of Mason Mount, Phil Foden and Raheem Sterling.

Harry Kane, who is only a few goals away from becoming England’s all-time top goalscorer, will lead the line.

There are always players who are expected to feature, but miss out due to tactical reasons, injuries or other unforeseen circumstances and the 2022 World Cup is no different.

Chelsea’s Reece James picked up a knee injury in his side’s Champions League encounter with Milan and was subsequently ruled out of the tournament in Qatar, with club team-mate Ben Chilwell suffering a hamstring problem that ended his World Cup dreams.

Jadon Sancho has missed the cut after finding form hard to come by at Manchester United, while Tammy Abraham has not done enough at Roma to land a striking berth.

Fikayo Tomori is another Englishman catching the eye in Italy, as a Serie A title winner with AC Milan, but there is no place for him in Southgate’s plans.

Dean Henderson left Manchester United for a loan spell at Nottingham Forest in the hope of earning himself a World Cup spot, but the confident goalkeeper has been left disappointed, while Tyrone Mings, Marc Guehi, Emile Smith Rowe, James Ward-Prowse, Jarrod Bowen and Ollie Watkins are among the others to have missed the call they were hoping for.