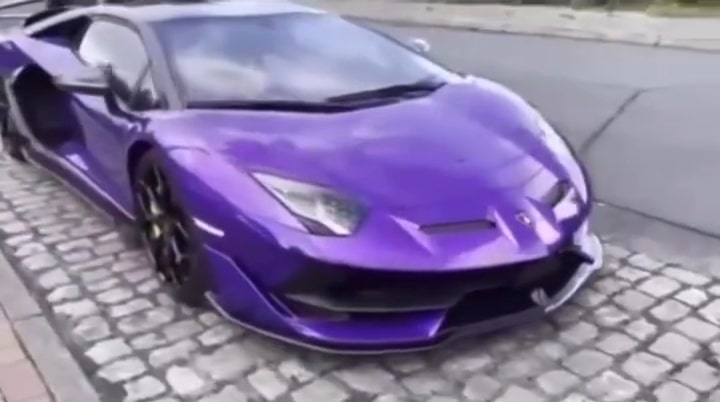 Grammy Award-winning Nigerian star, Burna Boy has splashed millions of dollars on a Lamborghini and Maybach.
Minutes after replying his ex-girlfriend, Stefflon Don for shading him, the singer showed off his newest acquisition.

The singer revealed that he had spent a million dollar for the car in preparation for ONWA DEZEMBA.

IN PREPARATION FOR THE FAST APPROACHING ONWA DEZEMBA”.
The ‘Twice As Tall’ singer also revealed that he had bought a black Maybach.

“GOT THIS TOO BECAUSE EVERYONE NEEDS A MAYBACH”.