The Travails of Almajiri Child 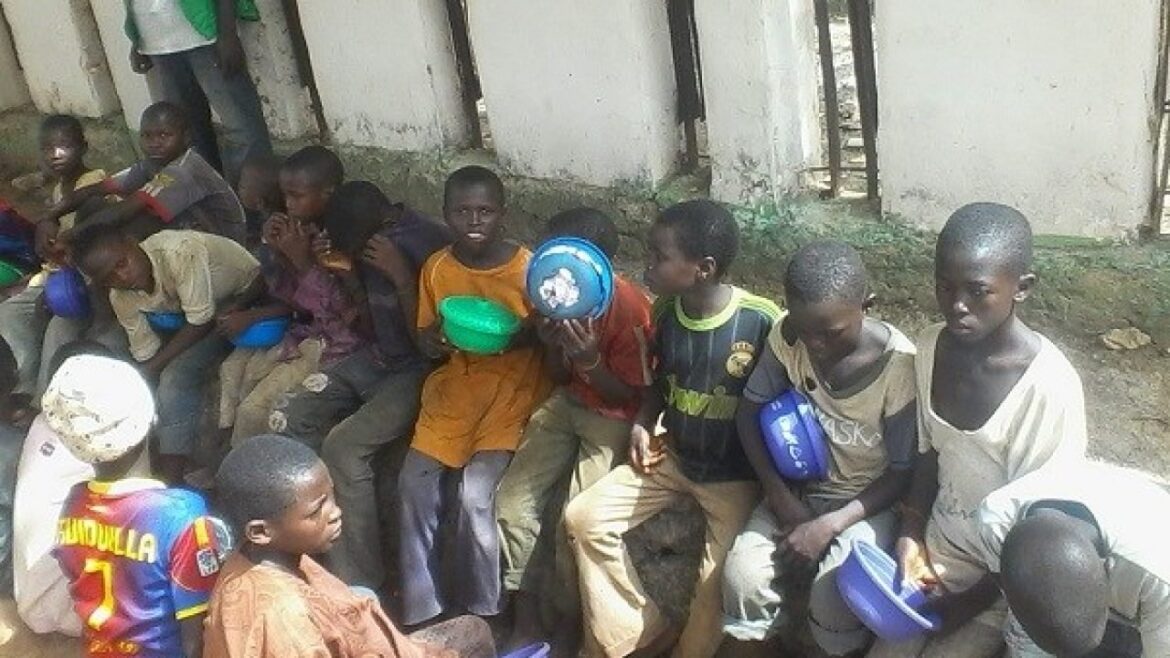 Never despise or treat him with aversion or derision. Love but don’t loath him, after all, there wasn’t an assemblage of row-calls or heraldry queue meant for teens who are in desirous avidity and rapacity of responsible parenting, in a nugatory and trivial manner chose to abscond.

His parents failed him, which made him look haggard and pale, while society compounded his woe, thus degenerating the poor gamin into a socially unfriendly foe, who is biologically patented, but socially orphaned.

His parents fail him as well as society, leaving him to his fate with little faith, as he wanes.

In fact, if the mythic tale of reincarnation is anything true, then he will never go back to sit on the same wall (sired by the same) parents again. Still, in his adolescent age, he was naturally meant to be housed by the warmth of the nest on the wall; but the wall fell apart even without thunderstorms, and then the nest scattered into shreds and fragments, leaving him to betroth all manner of mephistophelean weathers, while the weathers in return betray him without a scintilla of mercy.

When it rains, he gets drenched by its heavy downpours, and during the sunrise, his tender skin gets peeled by the rays of the sunset. The son of the sun is also consistently on the run from rainstorms.

Growing up without known biological parents and parental care, he adopts everyone as his parents, while his “everyone parents” in return treat him with disdain, suspicion, and aspersion without attention.

He is a “jaki” who works all day for his “everyone’s parents” like the proverbial elephant, while his much-adored gratification for his gigantic labor is usually several days of stale food which had hosted maggots and other harmful microorganisms as a party ground.

Most times, when the hopes of dowsing the raging hunger in his belly seem slimmer, the street comes to the rescue. He struts the street barefooted; cladded in his rag-tag almajirinci regalia, while a plastic bowl adorns his hands the way irukele adorns the hands of an Oba.

He scavenges on anything that suppresses the ire of his intestines’ devouring hunger, knocking from door to door around the neighborhood with the semblance of the sound of an armpit talking drum, accompanied by “fisabilillah” rendition and supplications.

His life is mortgaged without gain or advantage as he labors for survival; but still in a dearth of hopes like debt till death.

He is sold out to politicians by his mallam during elections, instantly seen by the politicians as their builders’ cornerstone, while becoming the rejected one during the aftermath of the elections.

He is a threat to one and a friend to another. He does the hatchet job of being a harbinger of ethno- religious violence to politicians with just derisory penny as gratification; but hounded out of the state by still the same politicians when the angst of Covid 19 was raging because of the fear of its easy spread by him.

He is only a tool used by politicians to achieve goals and gets dumped after the task on the same task ground with disdainful negligence.

Some call it culture, but he is only tortured by not being nurtured, thus turning him into a societal vulture every his in his quest for knowledge in an interstate adventure.