- Role out plan of action 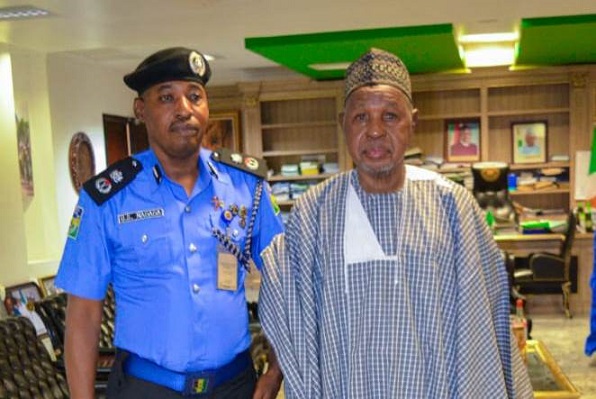 In a statement, the spokesperson of Katsina Police Command, SP Gambo Isah said before his posting to Katsina State, he was CP Communications, Force Headquarters, Abuja.

According to the statement, CP Nadada was enlisted into the Nigeria Police Force on 18th May 1992 as a Cadet Assistant Superintendent of Police (ASP).  Among his postings in the police were:

He has attended many courses in and outside the shores of Nigeria among which were, Citizenship and Leadership course, Combat Operation Course, Intermediate Command Course, Operational Management Course, Financial Malpractices in Banks, Financial Intelligence and Fraud Management course, and Training on Humanitarian Principles and International Standards of Law enforcement; among others. His hobbies include Reading and Horse Riding.   He is happily married with lovely children.

As the new CP, Katsina Command, he has rolled out the following “POLICING GOALS” – to be among his cardinal objectives while serving in the state to work with all critical stakeholders to provide a well-knitted and comprehensive security for the conduct of a peaceful 2023 general elections;

To frontally and decisively deal with the scourge of any form of heinous crimes like banditry, cattle rustling, Cybercrime, kidnapping, abduction, armed robbery, and any other form of low-intensity crime.

To emplace impregnable security architecture that will neutralize the aggression of criminal elements in the state.

To construct operational latitude that will create a secure, flourishing, and conducive climate for the self-actualization of every law-abiding citizenry in the state.

To work within the ambit of rule of law and respect the human rights of the citizenry in our day-to-day policing.

To create a mechanism for robust and well-formalized community policing in the state.

To cooperate and collaborate with other security agencies in our effort to make the entire state safe for the law-abiding citizenry.

To ensure the safety of all persons, including security personnel, wherever possible.

The Commissioner of Police is appealing to members of the general public to partner with the Nigeria Police Force in tackling the present security challenges affecting the state by giving out useful information, that will assist the Police in dealing with recalcitrant terrorists-bandits and their collaborators and other forms of crime and criminality in the state.

He is also assuring them that all information given will be treated with the utmost confidentiality.  The general public can reach him through the following GSM NO. 08035983615.

50 Cent Set to Drop a Series on Hushpuppi