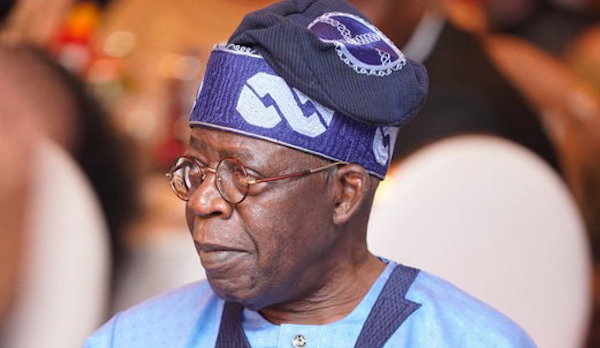 Tinubu announced the appointment on Monday in Minna, Niger State at a Town Hall meeting with farmers.

The meeting which was held at the Justice Idris Legbo Kutigi International Conference center (ICC) Minna, Niger State drew farmers, Fulanis, herdsmen, and other groups from within and outside the state.

The former Lagos State Governor said:” Bagudu is to chair a committee of the leadership of all the farmers in the country.

“The Committee is to fashion out the blueprint in this direction as what he has brought is enough for adoption.

“It contains the most critical, the most promising roadmap to the prosperity of the country and the general agricultural development and future of Nigeria.”

Tinubu also extolled the various contributions of Atiku and his eloquent speech, saying, “not only that his speech is eloquent but germaine and stronger in its objectives and promise.

“Please, give Atiku the credit as he comprehensibly treated the subject matter.

“What is still there to hold is the hope assured, that you will have the necessary protection in the markets and everywhere.”

Tinubu, among other things and promises, advised that all recommendations and memoranda should be channeled to the Governor Atiku Committee which commenced its activities immediately.

He used the occasion to also sympathize with the people of Nigeria, particularly farmers over the perennial devastating flood that destroyed lives and property in some parts of the country.

Instantaneously, Governor Abubakar Atiku Bagudu accepted the honor done to him and promised to consolidate the agricultural revolution achieved by the Buhari-led administration on food security.