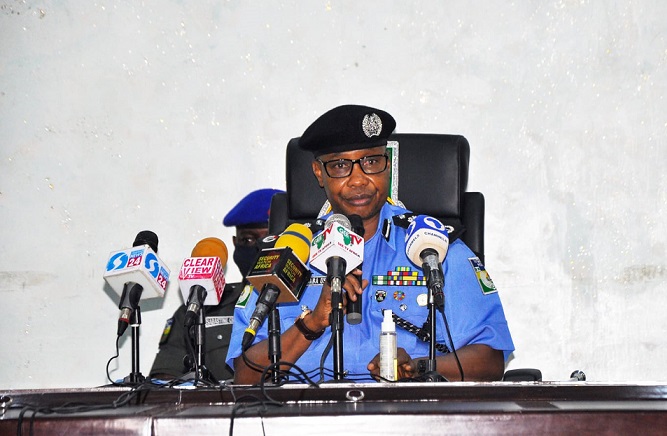 The Inspector-General of Police, IGP Usman Alkali Baba has acquired three high-powered Unmanned Aerial Vehicles (UAVs) for improved armed surveillance operations to checkmate criminal activities in the country as a further manifestation of the IGP’s determination to integrate the use of innovative technology in the law enforcement duties of the Nigeria Police Force.

This was contained in a statement, Thursday, by the Force Public Relations Officer, CSP Olumuyiwa Adejobi.

According to the statement, the newly acquired drones will surely assist the Police in monitoring active crime scenes, coordinating response operations, and providing armed aerial support to officers on reconnaissance operations.

The 3 newly acquired UAVs are rotary-wing aircraft capable of flying up to an altitude of 1000ft with high operational endurance and the capacity of firing at acquired threats and targets from reasonable distances.

The Nigeria Police Airwing has equally concluded training for the operators of the drones in partnership with foreign experts who have been consulted for trainings and maintenance of the drones.

The IGP has directed these drones’ immediate and strategic deployment based on necessity, noting that three (3) more UAVs of the exact specifications are still expected in the shortest possible time.

The IGP while reiterating the constant deployment and judicious use of the drones, ordered a total clamp down on non-state actors and criminals in Nigeria, and similarly warned criminal elements across the country to steer clear and turn a new leaf else the environment would not be conducive for them, and they may meet their waterloo soonest.

The Inspector-General of Police has further re-emphasized the firm determination of his administration to continue to explore the use of technology in the fight against crime and criminality while seeking full cooperation from members of the public on intelligence gathering and vigilance.