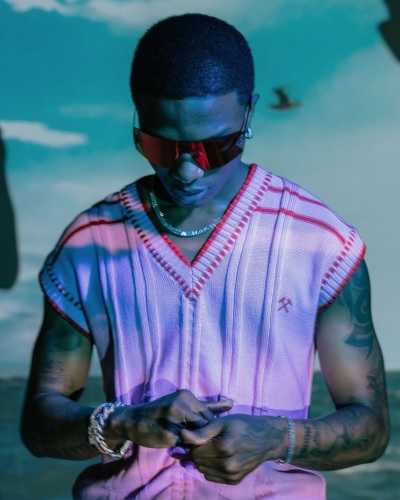 Shedding more light on his upcoming album, ‘More Love Less Ego’, the father of four explained that the next chapter of his life was to manage his ego and live forever through his music.

“Not physically, but for whatever I create to live forever,” he explained.

Wizkid, who recently saw the Bob Marley musical themed ‘Get Up, Stand Up!’ noted that watching the play reaffirmed what he wanted for his life.

‘I recently went to see Bob Marley musical, ‘Get Up, Stand Up!’ I was like, ‘Yo, we’re watching a Bob Marley play and this guy died decades ago.’

“I didn’t even know that he died at 36. He did so much at a young age. It just reaffirms what I do; I have to keep taking this to the highest heights. Because I know one day they’re definitely going to create a play about me.”