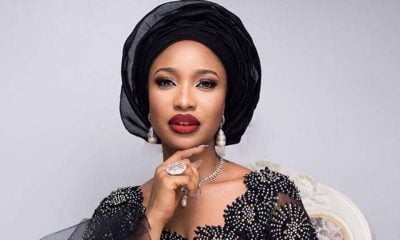 The thespian, while celebrating the impact her step mother had in her life said she was doubtful her biological mother could have being as loving as the woman who raised her.

Tonto explained that her step mother who died in January, this year has always shown up for her in her time of need.

“She’s the only one who has ever blessed me, clothed me, fed me and prayed for me as a mother.

”The closest I have got to love from motherhood was from her, and she gave more than what she had. She was the best, the best woman on earth and because of her, sometimes I say, thank God I never knew my mother because she would not have been as good as this.”
(Naijanews)