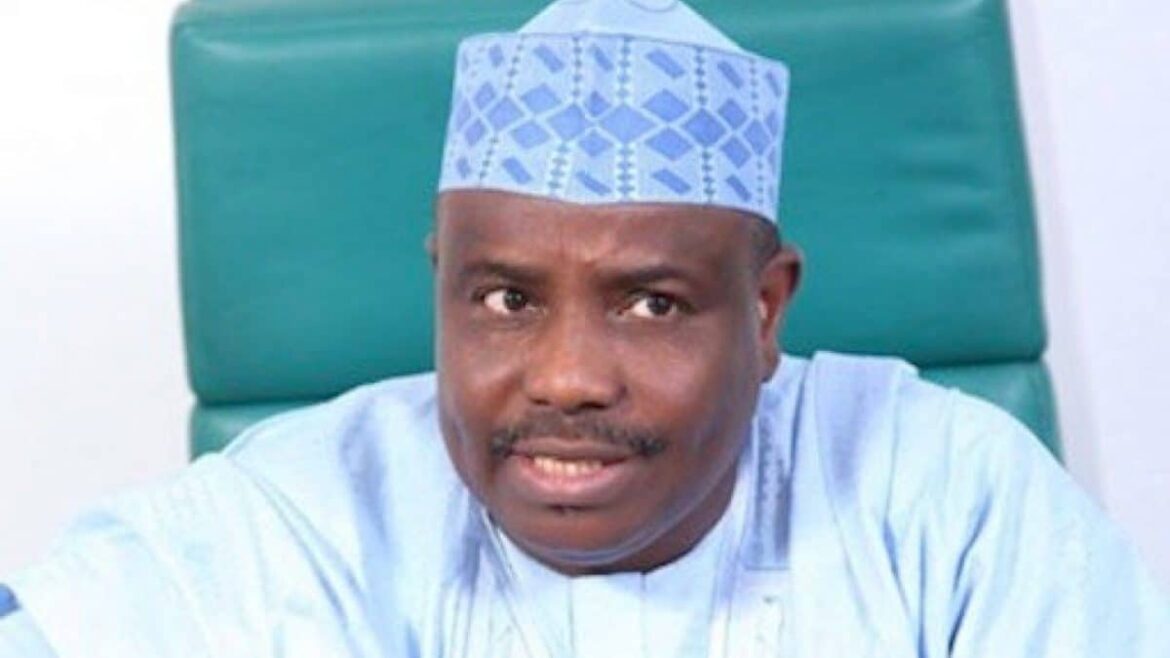 Governor Àminu Waziri Tambuwal has engaged in the construction and expansion of various health facilities and other rural projects to meet up with his promises to electorates during the electioneering campaigns of 2015 and 2019.

One of the numerous health projects the governor engaged in is the construction of three 150 beds capacity premier hospitals in Tambuwal, Binji, and Isa local government areas.

According to an assessment tour of rural projects conducted by members of the Nigeria Union of Journalists (NUJ) in Sokoto, many of such projects were either completed or at various levels of completion.

When members of the NUJ visited the construction site of the premier hospital in Tambuwal, construction works were at various stages of completion with some already roofed.

Speaking to journalists, the site engineer, Mr. Aypdele Adeosun who refused to said he is optimistic that with constant funding from the state government the hospital project would be delivered on schedule at the time frame.

“If you look at the present level of the hospital project, you will agree with me that our company has done beyond expectation, especially with the rising cost of building and construction materials”

“We will continue to do our best to ensure that we work according to specification, as we have started so we shall finish and deliver the projects to our client as agreed earlier.”

At the state college Nursing sciences Tambuwal, a new gigantic edifice has just begun though at ground level but workers were seen busy excavating and molding iron rods in various shapes for the commencement of the new project.

The site Engineer Mr. Umar Abubakar told journalists that, the project was barely one week old when it was started, but with the level of excavation works done so far works on site would even be completed before the time frame.”

“What we want from Government is to ensure timely regular funding of the project with a view to ensure that, the skyrocketing prices of construction equipment and materials do not hamper execution or temper with the contractual agreement”.

When the team of journalists visited the expanded General hospital Tambuwal, works on site has already been completed with all facilities put in place and ready for commissioning.

The Director of Works at Tambuwal local government who represented the chairman during the tour of the facility, Mainasara  Abubakar Kilgori commended the governor for his improved health policy” the Governor has done much and we appreciate him.

“What remains for us as a people is to take good care of the hospital” the governor has done what was expected of him and it’s now left for us to save the legacy about to be left behind after his tenure in 2023.

The  Governor during the seven years under review aggressively constructed and renovated a number of primary and secondary Schools across the 23 LGAs including Anthe hard-to-reach areas of Kebbe, Sabon Birni, and Isa local government areas.

When the team of journalists visited Kebbe to town the headquarters of Kebbe local government, the Palace of the District head was seen renovated and redesigned, do also that of Ungushi and Kuchi.

According to the council chairman Alhaji Lawali Fakku, his local government has also commenced construction of a new Police station through its joint account with the state government which has reached an appreciable level of completion.

He said within his council’s limited resources, he also provides support to security personnel stationed in the area with logistics to enhance their movements especially when they were on distress calls.

Kebbe local government is one of the flash points for Banditry and Kidnapping gangs which made people from many villages in the area relocate to safer areas, some as far as Koko in Kebbi state.

Tambuwal has earlier pledged to be part of the effort to complete all ongoing projects around the state before the expiration of his tenure in 2023.