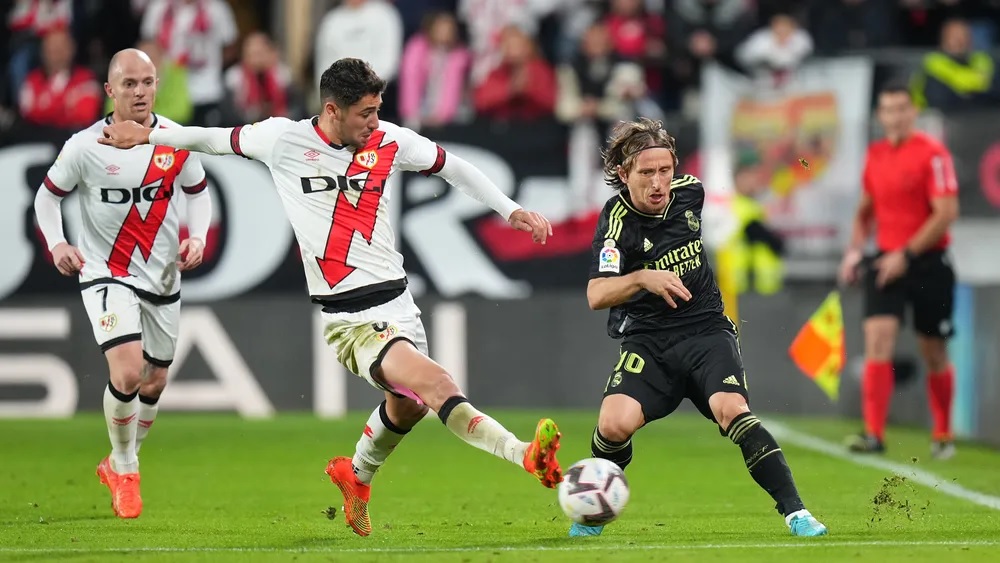 A short trip across the Spanish capital to Vallecas was supposed to yield a routine win for Real Madrid. Instead, their unbeaten league start is over.

It was Rayo who got off to the best possible start, drawing first blood early on through Santi Comesana’s fine strike in front of a lively home crowd.

Real would level from the spot through Luka Modric and took the lead on 41 minutes courtesy of Eder Militao’s header, but it was testament to Rayo’s performance that they would haul themselves back level even before half-time.

Alvaro Rivera’s vicious strike did the trick, but the hosts would have headed into the dressing room annoyed that they weren’t two or three goals to the good.

It was painfully obvious watching Los Blancos that the World Cup is a mere fortnight away. Despite having a platform to go on and win from, Real barely broke stride and their star players stalled as Rayo regained the advantage via a re-taken Oscar Trejo penalty with a little over 20 minutes left to play.

It was Andoni Iraola’s side who continued to press in the remainder of the game, clearly intent on routing their city rivals’ unbeaten streak.

Carlo Ancelotti’s men now sit second in the table behind arch rivals Barcelona having been handed their first loss of the La Liga season, and they have plenty to ponder after a lifeless display.
(Goal)