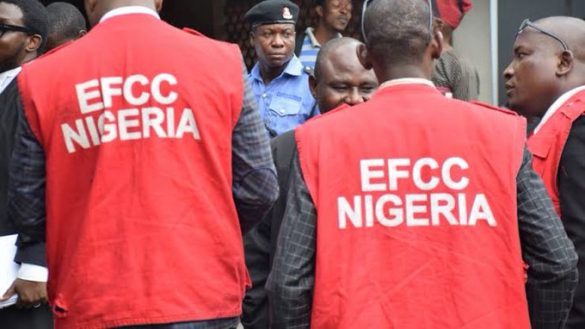 Kanta served as Commissioner for Local Government, Commissioner for Land and Regional Planning, and also Special Adviser on Political Affairs under Governor Muhammad Badaru  Abubakar’s administration, was said to have been taken to EFCC headquarters in Abuja.

The ex-commissioner who is a close political ally of Badaru is currently an All Progressive Congress (APC) candidate for the seat of member representing the Garki/Babura federal constituency in the state.

Even though the details of the reasons behind his arrest by the commission were not yet available but it may likely not be unconnected to his stewardship in office, his relationship with other political gladiators, financial issues, and matters around his political candidature.

However, some sources linked the arrest to the alleged forgery and related criminal offenses on vital credentials.

A source from the EFCC headquarters in  Abuja has confirmed the arrest, also a close associate to the ex-commissioner confirmed that Kanta was arrested in Dutse and taken to an unknown destination.

There is a growing fear in the state for an imminent return of the EFCC for expanded arrest.