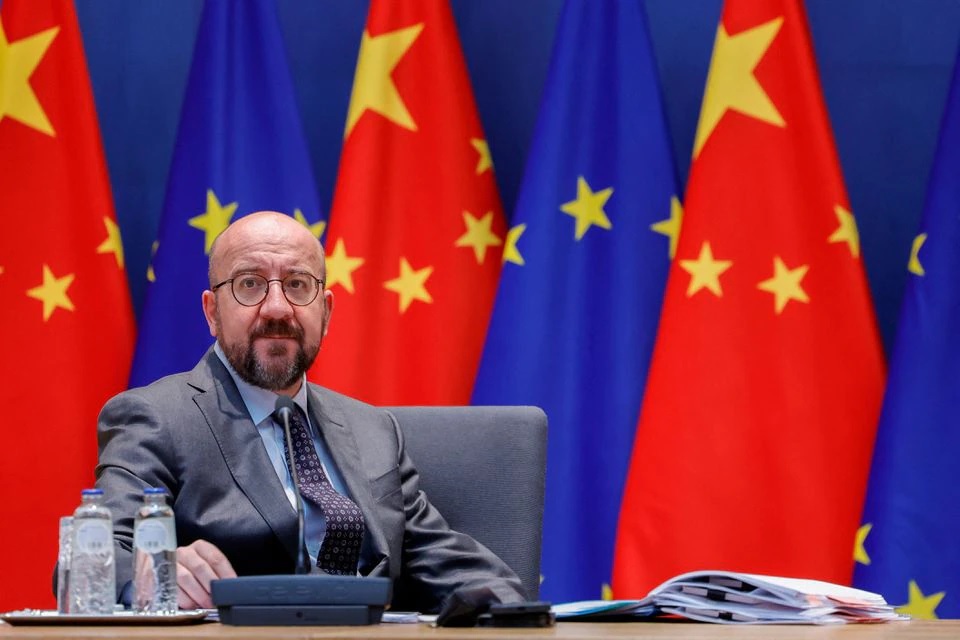 Chinese authorities behind a major trade expo in Shanghai pulled an opening ceremony address by the European Council president that was set to criticize Russia’s “illegal war” in Ukraine and call for reduced EU trade dependency on China, diplomats said.

The pre-recorded video by Charles Michel was meant to be one of several from world leaders and heads of international organizations, including Chinese President Xi Jinping, at the opening of the China International Import Expo (CIIE) on Friday, three European diplomats told Reuters.

Advertisement · Scroll to continue
The diplomats, who cannot be named due to the sensitivity of the matter, told Reuters they were surprised that the speech had been removed.

“President Michel was invited to address 5th Hongqiao Forum/CIIE in Shanghai,” Barend Leyts, a spokesman for Michel told Reuters. “As requested by the Chinese authorities, we had indeed provided a pre-recorded message which was ultimately not shown. We have addressed this through the normal diplomatic channels.”

Neither of the co-organizers of the expo, China’s commerce ministry and the Shanghai city government, responded to Reuters’ requests for comment. A spokesman for China’s foreign ministry denied awareness of the issue.

“I am not aware of the relevant situation,” Chinese foreign ministry spokesman Zhao Lijian told a regular news briefing in Beijing on Tuesday. “I cannot comment on this.”

Other dignitaries who did speak at the ceremony after Xi included the managing director of the International Monetary Fund, the director-general of the World Trade Organization and the presidents of Indonesia, Sri Lanka and Belarus, according to the expo’s official website.

Belarus’s Alexander Lukashenko is a staunch ally of Russian President Vladimir Putin and his country has hosted thousands of Russian troops before and during what Moscow calls its “special operation” in Ukraine.

The European Council president’s speech was set to be heavily critical of “Russia’s illegal war against Ukraine” and say Europe is learning “important lessons” from it, according to excerpts of the address provided by EU diplomats.

Europe has been over-dependent on Russia for fossil fuels, leading to a trade imbalance, Michel was to say.

Michel was also set to call for China to do more do put an end to the bloodshed in Ukraine.

China has consistently refused to criticise Russia’s aggression, which has ravaged cities across Ukraine and killed thousands of soldiers and civilians since it began on February 24.

“China has a role in using its influence to stop Russia’s brutal war… through your so-called “no-limits” partnership with Russia,” Michel was to say, referring to a pact announced by Xi and Putin in Beijing before the war began. “You, China, can help put an end to this.”

Both Xi and Michel are expected to attend and meet at the Group of Twenty (G20) heads of state summit in Bali next Tuesday and Wednesday.

Since 2019, the EU has officially regarded China as a partner, an economic competitor and systemic rival.

The EU’s foreign policy service said in a paper last month that Beijing should now be thought of primarily as a competitor which is promoting “an alternative vision of the world order”.
(Reuters)