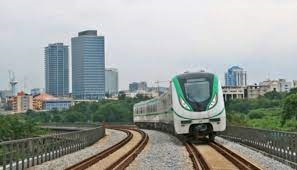 The Minister of Transportation,  Mu’azu Jaji Sambo has disclosed that the Abuja-Kaduna train service which was halted due to March 28, 2022, a terrorist attack would be reopened for patronage by the general public in November 2022.

The Minister stated this on  Monday at the second edition of the “Buhari’s Administration Scorecard 2015-2023 Series while presenting the Ministerial scorecard and that of agencies under his supervision for the periods 2015-2023.

The  Director, Press and Public Relations Officer, Eric Ojiekwe in a statement quoted the minister saying: “The Abuja-Kaduna mishap was a very sad one and by the grace of God.

“We shall not witness such again. Not only because we have committed it to prayer but deliberate steps have been taken, lessons have been learned and these lessons would be put to use.

“What are these lessons: safety and security, surveillance,  security 24/7, 7 days a week, 12 months a year, all round the clock”, Sambo assured.

According to the statement, the minister while speaking on the Nigerian Rail Modernization Plan said that Warri – Itakpe rail line was not meant to terminate at Itakpe but it was discovered that the concessionaire that was to handle it lacked capacity after approval had been facilitated from the Federal Executive Council (FEC).

He, however, assured that the Ministry is currently putting together a presentation to the FEC on the execution of the corridor on the basis of an “Engineering, Procurement, Construction plus Finance plan,” adding that under the railway modernization plan all state capitals across the country will be linked by railway.

According to Sambo, other achievements include the completed Abuja-Kaduna, Lagos-Ibadan Standard Gauge rail line, and Warri-Itakpe rail lines with Assembly Plant at Kajola in Ogun State.

He also talked about the Integrated National Security and Waterways Protection Infrastructure, otherwise known as the Deep Blue Project, noting that because of it there has been no case of piracy reported in Nigeria’s blue domain.

Similarly, the minister noted that the Suppression of Piracy and Other Maritime Offences (SPOMO) law is the first of its kind in the Gulf of Guinea and a reference point for other maritime nations.

In the Port Sector, Sambo informed that the Lekki Deep Seaport with a drought of 16.5m is the largest in the West African Sub-region and was started and completed by the present administration.

Earlier, the Hon. Minister of Information and Culture, Lai Mohammed, informed that this was the second edition of the scorecard series and that it becomes necessary as the present administration winds down to consolidate its efforts by showcasing its achievements.

“We have a lot of achievements to highlight and campaign with. Again, we are spoilt for choice because of the sheer number of the achievements”.

Zamfara PDP in a Hole, Bereft Within Itself