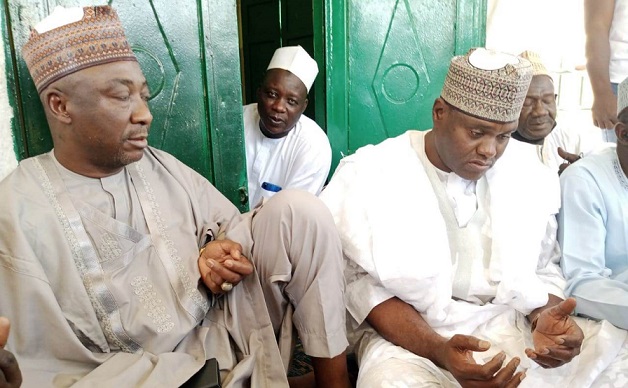 Gusau described the late Bello Musa Kofar Mata as a dedicated and committed player that contribute a lot toward the development of football in Nigeria.

He said: “The death of Bello Musa Kofar Mata shocked the football family in the country and the world as a whole.

“I was shocked when I had the sad news of the passing away of Bello Musa Kofar Mata who I know is a gentle and discipline player during his lifetime.

“A few days ago I received a condolence letter from FIFA President Gianni Infantino over the death of Bello Musa Kofar Mata which indicates that he has global recognition in the football family.”

He then personally donated two hundred thousand naira to the family of the deceased and prayed to Almighty Allah to forgive him all his shortcomings and grants him Jannatil Firdausi.

The NFF President was received by the Kano and Jigawa State Football Association Chairmen, Alhaji Sharif Rabi’u Inuwa Ahlan and Alhaji Sabo Abdullahi respectively as well as the family of the deceased.