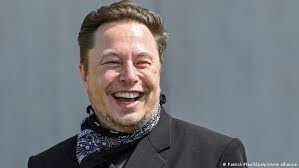 Musk, who is also Tesla (TSLA.O) CEO, has faced criticism from some groups who believe his absolutist stance on free speech will increase misinformation on Twitter. Some advertisers have pulled spending from the platform, with Musk blaming critics concerned about content moderation.

His tweet to more than 110 million followers on Monday represented the first time the head of a major social media platform explicitly endorsed a U.S. political party, ahead of an election where Democrats are poised for potential losses.

Musk directed his Twitter message to what he called “independent-minded voters,” writing: “Shared power curbs the worst excesses of both parties, therefore I recommend voting for a Republican Congress, given that the presidency is Democratic.”

“Hardcore Democrats or Republicans never vote for the other side, so independent voters are the ones who actually decide who’s in charge!”, Musk added on Twitter, which he purchased late last month.

There was no immediate comment from Biden or his Democratic Party, who together face a steep battle to retain control of both houses of Congress in Tuesday’s vote.

In a statement to Reuters, Jessica Gonzalez, co-CEO of Free Press, an advocacy group for media issues in democracy, said Musk’s comment showed he “is not showing himself to be an even-keeled CEO that advertisers can trust.”

Nonpartisan election forecasters and opinion polls suggest Republicans have a very strong chance of winning a majority in the House of Representatives, with control of the Senate likely to be more closely fought.

Musk, who frequently comments on U.S. politics, previously said he would vote for Republicans but that he backs moderates of both major political parties.

He has said that he was leaning towards supporting Florida’s Republican Governor Ron DeSantis for president in 2024 and that former president Donald Trump, who sources said is likely to launch another White House run in coming days, was too old to serve as president again.

In Musk’s first week at Twitter, the company laid off half its employees and flagged a drop in ad revenue. But the company’s head of safety and integrity said the platform’s content moderation capabilities remained in place.

Musk has been a vocal critic of the Biden administration and Democrats for their proposals to tax billionaires and give more tax incentives to union-made electric vehicles. Tesla does not have unions at its U.S. factories.

In August, Musk said on Twitter he believes that for the platform “to deserve public trust, it must be politically neutral, which effectively means upsetting the far right and the far left equally.”
(Reuters)