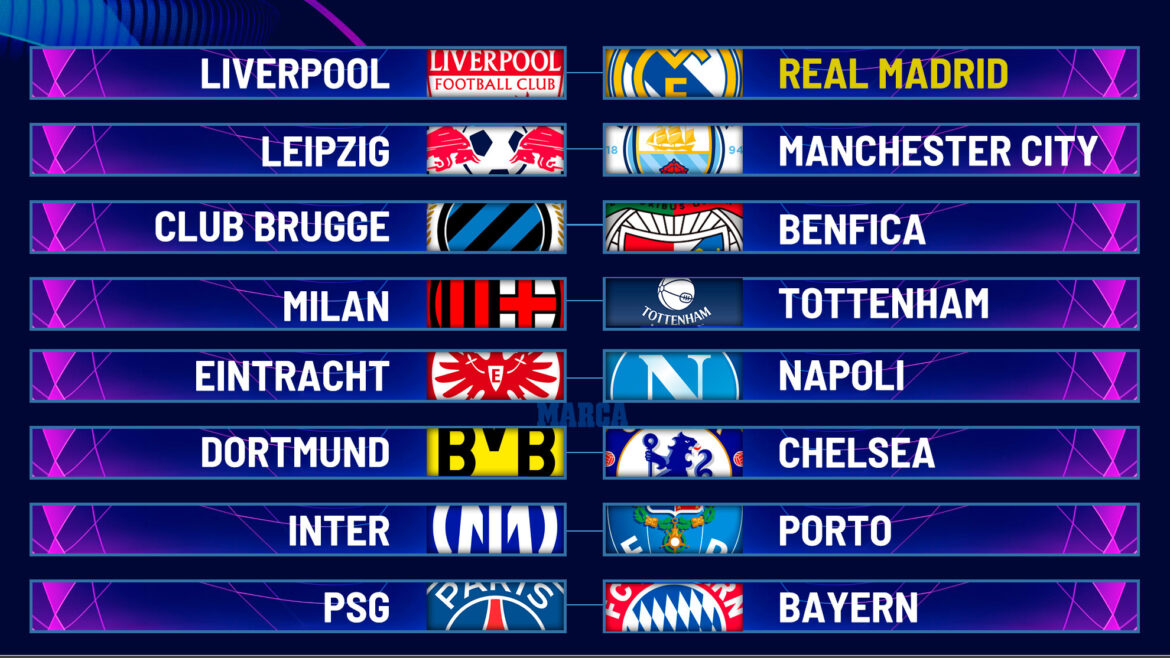 Liverpool face holders Real Madrid in the last-16 of the 2022-23 Champions League, while Paris Saint-Germain have been paired with Bayern Munich.

Manchester City are readying themselves for a clash with RB Leipzig, Tottenham face a tough test against Serie A title holders AC Milan, Club Brugge will take on Benfica, Eintracht Frankfurt tackle Napoli, Inter have been drawn with Porto and Chelsea will be hoping to get the better of Borussia Dortmund in another heavyweight tie.

There is a repeat of the 2022 final as Liverpool prepare to rekindle their long-running rivalry with Real Madrid – with the Blancos having got the better of the Reds back in May courtesy of a solitary strike from Vinicius Junior.

England star Jude Bellingham will line up against some familiar faces when Dortmund take on Premier League Chelsea, while there is a re-run of the 2020 final as PSG – with the likes of Lionel Messi, Neymar and Kylian Mbappe in their ranks – lock horns with Bundesliga champions Bayern.

The first legs of the last-16 encounters will take place across February 14, 15, 21 and 22, with the return dates pencilled in for March 7, 8, 14 and 15. All of those still involved in the competition are hoping to make their way to the final in Istanbul on June 10.
(Goal)