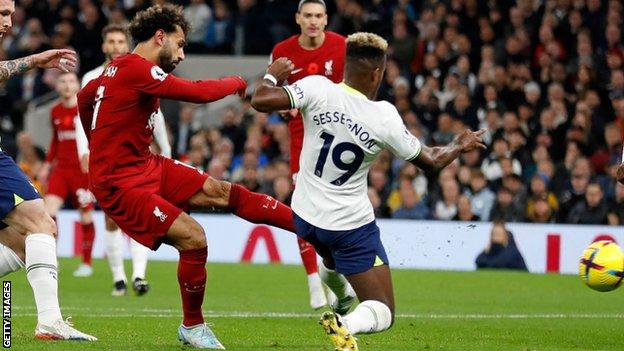 Mohamed Salah struck twice in the first half as Liverpool secured their first away win in the Premier League this season with victory at Tottenham.

Liverpool had lost their two previous league games to struggling Nottingham Forest and Leeds United, so manager Jurgen Klopp will be delighted with this win at Spurs, who are shaping up as rivals for a place in the top four.

Salah was the inspiration, sweeping home a sharp left-foot finish from Darwin Nunez’s pass after 11 minutes, then cashing in on Eric Dier’s misplaced headed back-pass to double Liverpool’s advantage with great composure five minutes before the break.

Spurs, without the injured Son Heung-min, were never out of the game as Ivan Perisic hit the woodwork either side of half-time before Harry Kane pulled one back with 20 minutes remaining.

But they failed to complete one of the comebacks that have become their trademark this season.
(BBC)