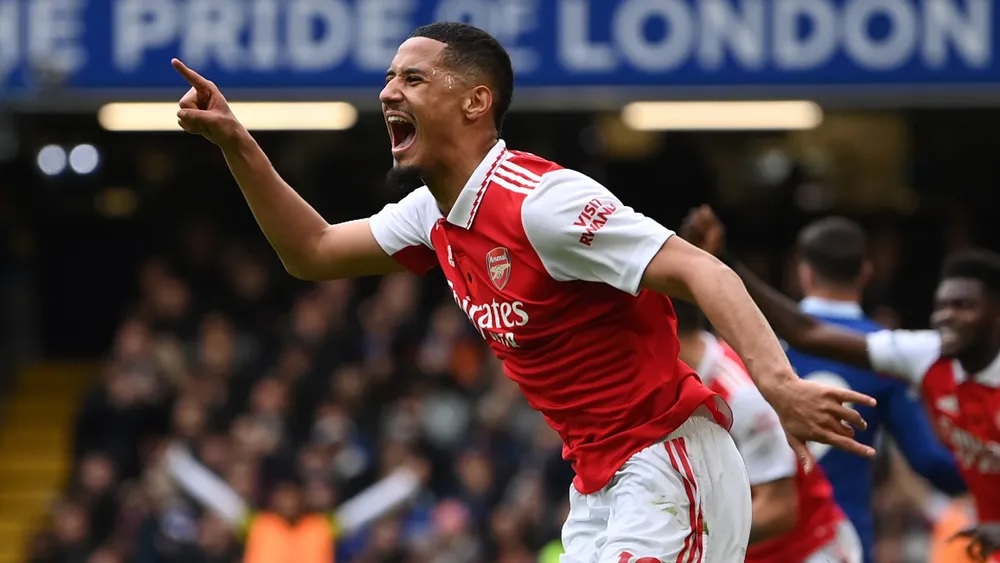 Arsenal roared back to the top of the Premier League with a 1-0 win at Chelsea on Sunday. After seeing Manchester City move above them 24 hours earlier with victory over Fulham, the pressure was on Mikel Arteta’s side to respond at Stamford Bridge.

And they did just that, sealing a third successive league win at the home of their west London rivals thanks to a Gabriel Magalhaes strike on 63 minutes.

The Arsenal center-back was on hand to turn in Bukayo Saka’s corner and earn the visitors a deserved victory.

If anything, Arsenal should have won by more, but that will not worry Arteta at all, who had the added pleasure of seeing Pierre-Emerick Aubameyang endure a nightmare afternoon against his former club.

Arsenal now travel to Wolves next weekend knowing that victory at Molineux will send them into the World Cup break top of the table.