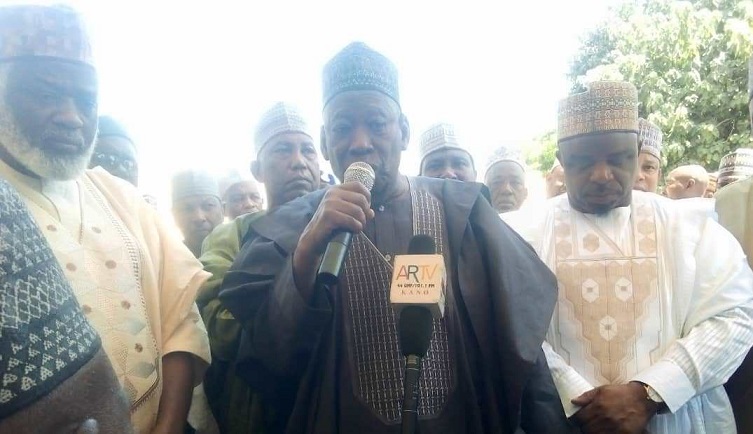 In the countdown to the 2022 National Sports Festival (NSF) scheduled to hold in Asaba, Delta State, the Torch of Unity arrived Kano State on its way around the country.

The Torch of Unity is formally launched by the President of the Federal Republic of Nigeria to mark the commencement of the NSF, from the presidency, the torch will travel around the country and finally arrive at the venue of the event which is Asaba for the 2022 NSF.

The delegation that brought the Torch was received at the Kano State Sports Commission (KSSC)  on Sunday 6th November 2022 by the Executive Chairman, Dr. Ibrahim Galadima MFR, and management staff of the Commission.

After a brief interaction with the officials of KSSC, the Executive Chairman and management led the delegation to deliver the Torch to the Executive Governor at the Government House.

The officials and delegation were accompanied by many athletes who carried the burning torch.

At the Government House, the Torch was received by the Executive Governor of Kano State Dr. Abdullahi Umar Ganduje.

Officially, the NSF is expected to commence on 28th November and it will run up to the 10th of December 2022. All the States in Nigeria and Abuja are expected to participate while various games will feature in the Festival.