Benue Donates Land for Establishment of Naval Base 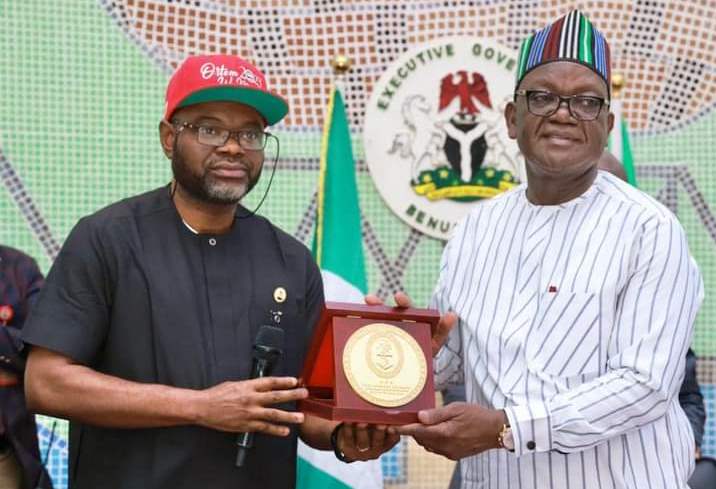 Benue State Governor, Samuel Ortom has directed the Commissioner for Lands, Survey and Solid Minerals, Bernard Unenge to allocate land to the Nigerian Navy for the establishment of a Naval Base in the state.

The Governor gave the directive on Friday while presiding over an emergency State Executive Council meeting held at the new Banquet Hall of the Benue Peoples House in Makurdi.

The Chief Press Secretary to the Governor, Nathaniel Ikyur in a statement said the meeting also approved the 2023 budget estimates where the Commissioner presented an award from the Chief of Naval Staff, Vice Admiral Awwal Zubairu Gambo to Governor Ortom as the “Friend of the Navy”.

According to the statement Unenge had received the award on behalf of the Governor from the Chief of Naval in appreciation of Ortom’s support to the Nigerian Navy in the State, acknowledging the previous allocation of land and presentation of title documents to the Navy.

He conveyed the request from the Chief of Naval Staff for a piece of land for the establishment of a full Naval Base in the state since its land in Agasha, Guma local government area has been converted into a shooting range by a sister security agency.

In his response, the Governor directed the Commissioner to immediately process and allocate land to the Nigerian Navy for the establishment of a base.

Ortom reiterated the commitment of his administration to partner with all Federal Government agencies in the state for the development of the state.

He assured the Nigerian Navy of continued support, emphasizing that the State Government will always give them the needed support to succeed.