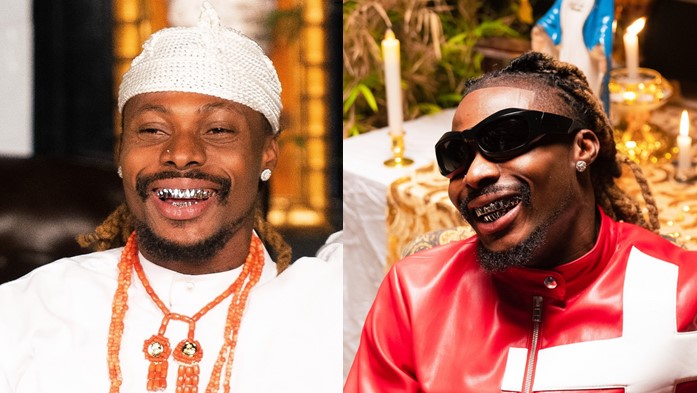 Nigerian Afrobeats sensation, Ahmed Ololade, better known as Asake, has set a record with his debut album, ”Mr Money With The Vibes.”

The project has hit 200 million streams on global streaming platform, Boomplay and by its record; it is the first debut album by a Nigerian artiste to achieve the feat.

Mr Money with the Vibes was released on Wednesday, September 7th and just a week later, it made its way to major charts in Nigeria and UK.

In addition to the massive reviews the album has gotten, he has joined the league of trend setters by amassing 200 million streams on Boomplay.

This makes it the second afrobeats album to reach this milestone. The first album was Burna Boy’s Grammy winning, Twice As Tall.

Similarly, the YBNL act also made history on Apple Music with the debut album in the month of its release.

A week after the album dropped, it has bagged six record-making milestones on Apple Music worldwide.

‘Mr. Money with the Vibe’ recorded the biggest opening day for an African album in Apple Music history.

The album also broke the record for the biggest opening three days for an African album in Apple Music history.

In a record-breaking trend, 9 songs off the album got into the Global Daily Top 100.

Furthermore, in a feat never before accomplished by an African album, ‘Mr. Money with the Vibe’ reached Number One on the Top Albums Chart in 31 countries worldwide, including Nigeria, the U.K., and Ireland.

Multiple songs off of Asake’s album reached the Daily Top 100 in 60 countries worldwide, including 26 where they reached the top 10.

The leading songs off the album also reached Number One in 14 countries worldwide.
(Gistlover)