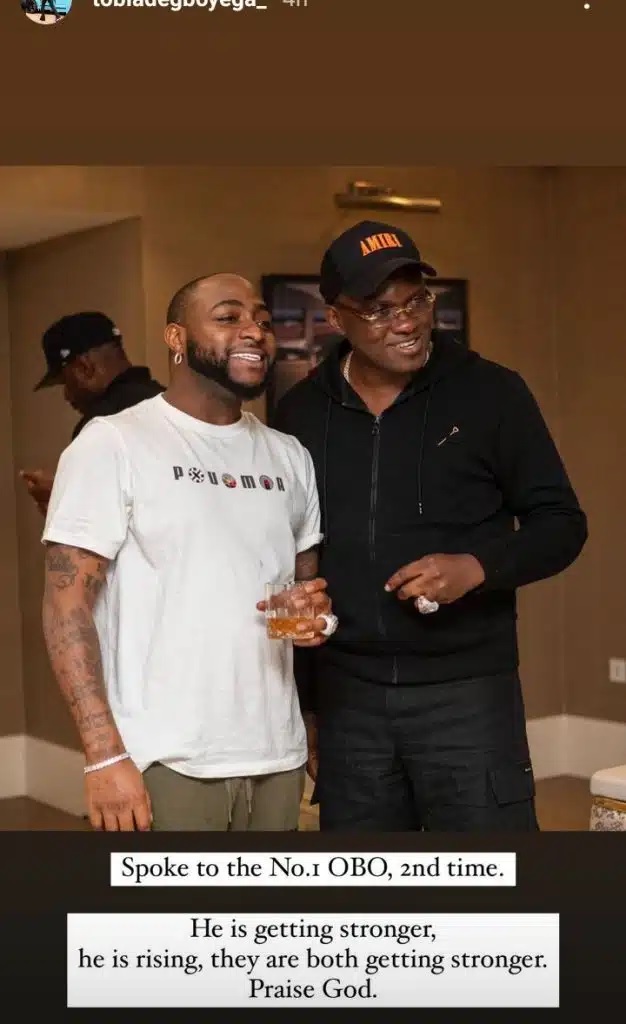 The General overseer of Salvation Proclaimers Anointed Church, Tobi Adegboyega has shared an update on the state of mind of Davido and Chioma after the loss of their son Ifeanyi Adeleke.

The London based pastor disclosed via his Instagram story that he has spoken to the bereaved father.

Unverified reports have indicated that the singer and his fiancée have being in his father’s house after the drowning accident which claimed the life of their three-year-old son.

The couple have remained unreachable after the unfortunate incident.
However, the clergyman who in recent times has being seen in the company of Davido announced that he has spoken to him and he is getting stronger.