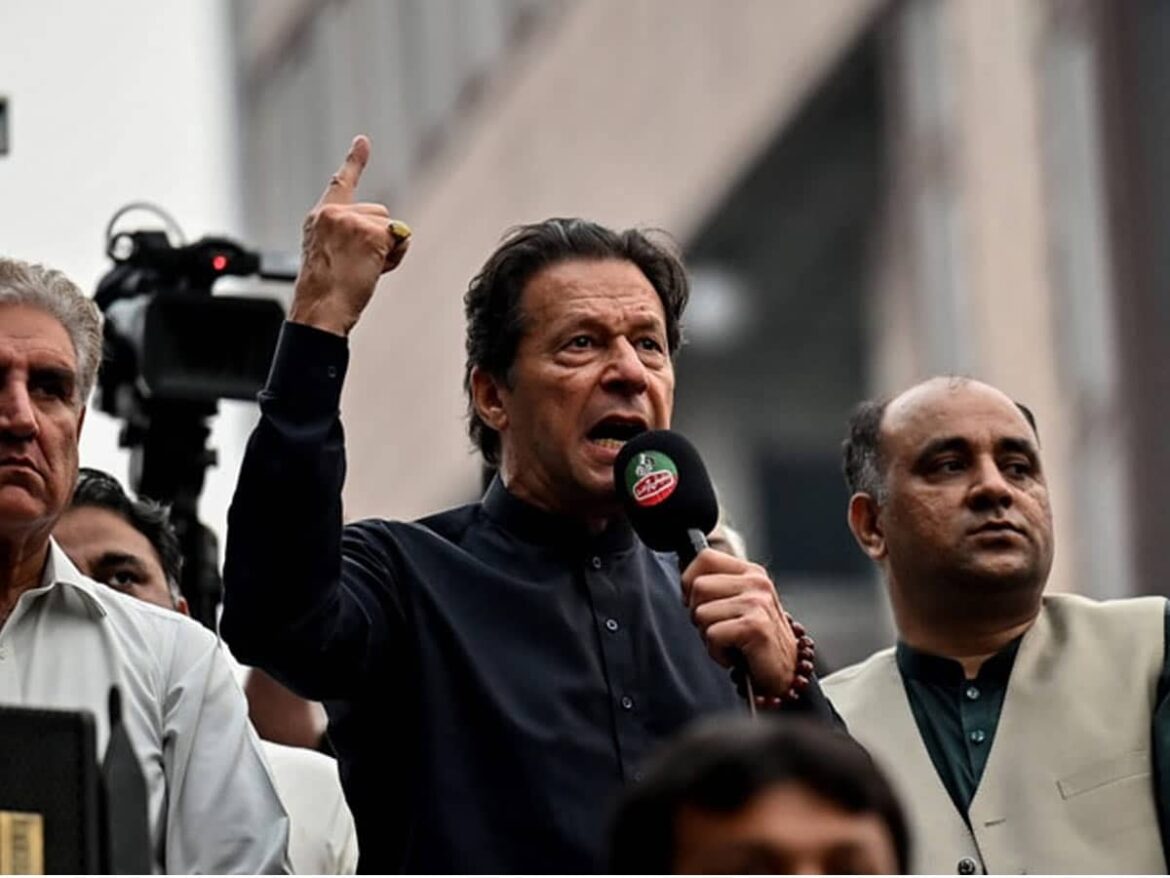 Pakistan’s ousted Prime Minister, Imran Khan, has survived a gun attack on his convoy while holding a protest march in the eastern city of Wazirabad.

He was wounded in the leg when a burst of gunfire hit his vehicle. One person was killed and at least five others were injured.

There was no immediate official comment on the motive for the attack which allies say was an assassination bid.

The protest march had been called to demand early elections.

Mr Khan, 70, was leading the march, which was meant to end in the capital Islamabad.

The former international cricket star turned politician was seen being taken to a hospital in Lahore. A party spokesman said he had been hit in the shin.

He was in a stable condition, said an official from his PTI party, provincial health minister Yasmeen Rashid.

Police released a video confession of a man they arrested who they say had attempted to kill the former prime minister.

It is unclear under what conditions the interview was carried out but in it the man is asked by police why he opened fire, and replies: “He was misguiding the people. I wanted to kill him. I tried to kill him.”

Video footage from the scene shows Mr Khan and his supporters on a shipping container being towed by a lorry before a burst of gunfire is heard. Mr Khan is then seen ducking, as those around him try to cover him.

Another video shows a conscious Mr Khan with a bandage on his right leg being taken away in a vehicle after the shooting.

A PTI member is also seen with a bandage on his face and blood on his clothing, saying that people should pray for Mr Khan and all those injured.

“This was an attempt to kill him, to assassinate him,” Mr Khan’s senior aide Raoof Hasan told AFP news agency.

A local journalist, Zoraiz Bangash, who saw the attack told the BBC: “It all started when [Mr] Khan was leading the rally and all of a sudden there were gunshots heard and the moment we all realized there was person seen with a pistol, a 9mm pistol and the moment he fired some shots which unfortunately landed on some of the PTI leadership and [Mr] Khan who was shot in the leg.

Mr Khan has been leading a protest march – the second such rally this year – for the past seven days, calling for new elections.

The government has repeatedly said it will hold elections next year, as planned.

He had been accused of incorrectly declaring details of gifts from foreign dignitaries and proceeds from their alleged sale. The gifts included Rolex watches, a ring and a pair of cuff links.

Pakistan has a long history of deadly political violence.

In the most high-profile case, former Prime Minister Benazir Bhutto was assassinated at a public rally in 2007.