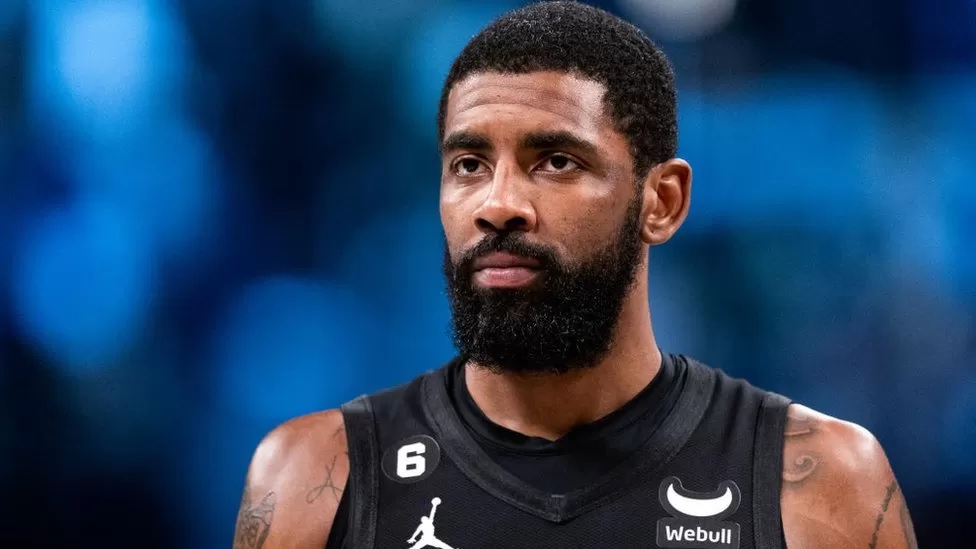 US basketball star Kyrie Irving has apologized after he was suspended by his club, the Brooklyn Nets, amid allegations of anti-Semitism.

The star received a five-game ban after he defended his decision to post a link to a documentary that has been criticized as anti-Semitic on Twitter.

In a statement posted to Instagram, Irving said he was “deeply sorry” for the “hurt and pain” he had caused.

“I am learning from this unfortunate event,” he added.

The seven-time NBA All-Star was roundly condemned last week – including by Nets owner Joe Tsai and the National Basketball Association (NBA) – after he linked to a 2018 film widely condemned as being grossly anti-Semitic.

On Wednesday, in response to the outcry, Irving and the Nets said the 30-year-old took “responsibility” for the “negative impact” his post had towards the Jewish community and he has since deleted the original tweet.

The club and Irving said they would work with the Anti-Defamation League (ADL), a non-profit organization that fights all forms of anti-Semitism and bias, to develop education in the community and pledged that each will donate $500,000 (£440,000) towards causes and organizations “that work to eradicate hate and intolerance”.

But when asked during a news event on Thursday whether he held any anti-Semitic beliefs, Irving refused to expressly condemn the film and its message. Instead, he told reporters: “I respect all walks of life. I embrace all walks of life. That’s where I sit.”

When pressed to provide a direct answer, Irving simply replied that he could not “be anti-Semitic if I know where I come from”.

Hours later, the club issued a strongly worded statement, banning Irving and saying they were “dismayed” that the player “refused to unequivocally say he has no anti-Semitic beliefs, nor acknowledge specific hateful material in the film”.

“Such failure to disavow anti-Semitism when given a clear opportunity to do so is deeply disturbing, is against the values of our organization, and constitutes conduct detrimental to the team,” the statement added. “Accordingly, we are of the view that he is currently unfit to be associated with the Brooklyn Nets.”

They added that he would be suspended until he completed some unspecified “remedial measures” and would miss at least five games.

In his statement on Thursday night, Irving said he had “reacted out of emotion to being unjustly labelled anti-Semitic, instead of focusing on the healing process of my Jewish Brothers and Sisters that were hurt from the hateful remarks made in the Documentary”.

“I had no intentions to disrespect any Jewish cultural history regarding the Holocaust or perpetuate any hate,” he added.
In light of Irving’s backtracking, the Anti-Defamation league said it could not “in good conscience accept” Irving’s donation, and said it was clear that “Kyrie feels no accountability for his actions”.

Irving did find some allies online, with rapper Kanye West – recently reinstated to Twitter after being banned for his own use of anti-Semitic rhetoric – posting several messages of support on the site.

It isn’t the first time Irving has courted controversy in recent years. He played just 29 of the Nets 82 regular season games for the 2021-22 season after refusing to take a Covid-19 vaccine.