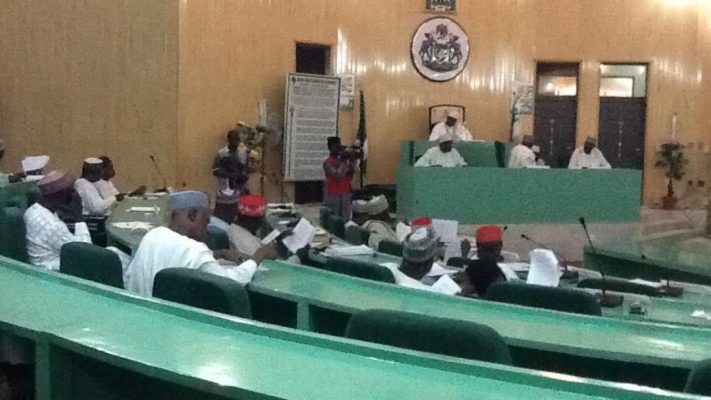 Kano State House of Assembly has condemned the unruly attitude of the Hon Alasan Ado Doguwa over what transpired between him and the Deputy Governor candidate under the All Progressive Congress, APC, Hon Murtala Sule Garo which grossly violets the ethics of the party.

This was contained in a statement signed and made available by the Majority Leader, State House of Assembly, Hon Labaran Abdul Madari pointing out that such an attitude can jeopardize the progression of the party

The Statement further calls on the National Body of the party to take appropriate measures against Alasan Ado Doguwa considering his negative attitude and behaviors which goes beyond the borders of a right-thinking person.

Such negativity has gone beyond Hon Murtala Sule Garo, he has also mated such bad behavior on Engineer Muhd Ali Wudil and the APC spokesperson, Hon Ahmed Aruwa which makes it mandatory for the National Body of the party to take action against such bad behavior, the Statement added.

The House stands firm in ensuring the success of APC at all levels in the forthcoming 2023 general polls, the statement assured.