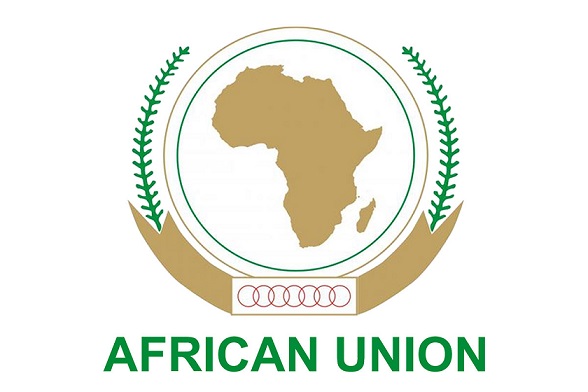 The African Union (AU) has called for the inclusion of Youths in various arms of government, as a strategy to enhance good governance in the continent.

Nigerian representative of AU- Economic, Social and Cultural Council, Dr. Tunji Asaolu, made this known on Thursday in Abuja, during a one-day African young leadership induction and award ceremony.

The induction is with the theme: “Africa of good governance, democracy, and respect for human rights, Justice, and rule of law”.

“The Ambassadorial Award is tailored to promote young pan-African leaders in alignment with African Union Agenda 2063, tagged “The Africa we want” and to strengthen diplomatic ties on the continent”.

Asaolu said the agenda 2063 was adopted because there is a need for the inclusion of young people to achieve good governance.

“AU have realized that over time the youth have not been carried along in issues that concern political leadership and good governance.

“Young people need to take ownership of the continent in order to have a better future because most of our founding fathers are gone and we can see the big vacuum they left by taking a look at our politics and governance.

“We are mandated to reawaken the spirit of good governance for a better future in Africa.

”Africa without the inclusion of young people is doomed because they are the future.

“The Union adopted the Agenda 2063 as a framework of development for the young people to be carried along in government, “he said.

Asaolu explained that by the end of 2063, Africa will be a united continent where there is no discrimination and bias rather there will be development cut across all countries using one currency.

The Vice Presidential candidate for Action Democratic Congress and A.U Youth Envoy, Amb. Ahmed Buhari said that for good governance to thrive in Africa, there must be respect for human rights.

“When we talk about good governance, human rights must be taken seriously because all human beings deserve to be treated with respect.

“The reason why we always see and hear cases of protest from youths is because their rights have been infringed on.

“When young people are treated with respect and carried along in governance there won’t be a call for protest and conflicts which leads to unstable governance,” Buhari said.

Also speaking, the CEO of First Eco Limited and one of the awardees Mrs. Samantha Simeon expressed her gratitude while stating that her passion indeed lies with the inclusion, growth, and development of young people and women who she considers the drivers of the Africa of our dreams.

She also added that as a philanthropist, she is concerned about gender, children’s development, religious tolerance, and community development.

“My passion led me to award scholarship grants to students from indigent homes and built educational facilities for public use in rural communities in Delta State among other laudable human capital development efforts.

“This contribution is in line with aspirations one and six of The African Union Agenda 2063, which are a prosperous Africa based on inclusive growth and sustainable development and an Africa whose development is people-driven; youth, women, and children inclusive respectively.

“By this Award, I have been inducted into the African Youth Ambassadorial Assembly of African Union Agenda2063,” Simeon said.

The News Agency of Nigeria (NAN) reports that agenda 2063 is Africa’s blueprint and master plan for transforming Africa into the global powerhouse of the future.

It is the continent’s strategic framework that aims to deliver on its goal for inclusive and sustainable development and is a concrete manifestation of the pan-African drive for unity, self-determination, freedom, progress, and collective prosperity pursued under Pan-Africanism and African Renaissance.

The genesis of Agenda 2063 was the realization by African leaders that there was a need to refocus and reprioritize Africa’s agenda from the struggle against apartheid and the attainment of political independence for the continent.

It also seeks to prioritize inclusive social and economic development, continental and regional integration, democratic governance, and peace and security amongst other issues aimed at repositioning Africa to become a dominant player in the global arena.