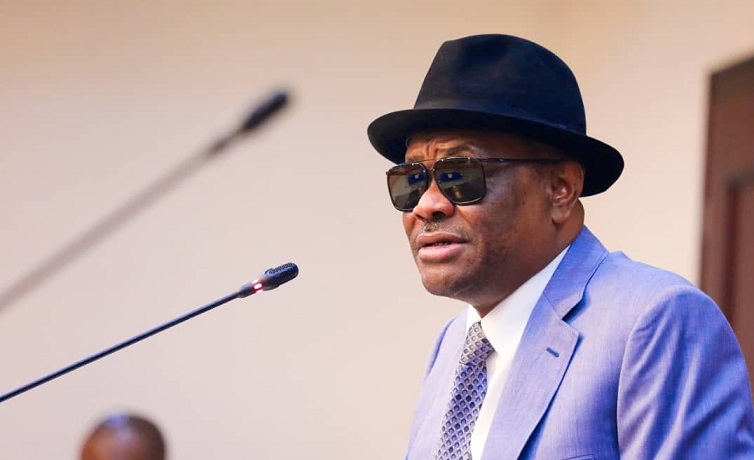 Rivers State Governor, Nyesom Ezenwo Wike has noted that peace and security will remain elusive across Nigeria if the majority of tribes and those who think they have dominance over others continue to marginalize them.

Governor Wike asserted that for there to be an enduring future for Nigeria, all Nigerians must see themselves as equal stakeholders in the project called Nigeria.

He spoke on Tuesday at Government House in Port Harcourt when the management of New Telegraph Newspaper, led by the Managing Director and Editor-in-Chief, Mr. Ayodele Aminu presented its letter nominating him as the Political Icon of the Year, 2022.

“The problem in this country today is not only as a result of the banditry or kidnapping, no. Part of the issue that has to do with security is the issue of marginalization.

“And I continue to tell our people or those who believe that they are dominant, you need peace for you to preside over those who you think do not have the number. You need peace. If there is no peace, it will be difficult.”

Governor Wike took a retrospect of how things stand in the Peoples Democratic Party (PDP) and said it is evidence of the marginalization of a section of the country.

He observed that because the zoning principle has been jettisoned in the PDP, coupled with the lack of seriousness to allow for inclusivity, convincing Nigerians to believe that the party can rescue the country is becoming a more difficult task.

The governor insisted that blackmail cannot diminish the demand for the national chairmanship position to be relinquished to the South. According to him, Dr. Iyorchia Ayu, the national chairman of PDP, had promised to resign his position should the presidential candidate of the party emerge from the north.

“He made that commitment because he knows that it will not be equitable, there will be no fairness and justice if the presidential candidate comes from the same zone as him. And people are trivializing the issue. Why do you trivialize the issue?”

Speaking further, the Rivers State governor reaffirmed that his allies are resolved to continue the demand for the return of the national chairmanship position to the South.

Governor Wike maintained that Dr. Ayu is corrupt, because he has not been able to account for the N11B realized from the party’s primary, and the N100 million he got from a governor.

“If you like to abuse us the way you want to abuse us, we will stand by what we have said. If you say you will not relinquish that position to the South, no problems. Go ahead, but you can’t force us to do what we think is not right, we will not do it. So, this kind of man cannot, in all honesty, take this party to any victory. He cannot.”

“All these professional praise singers and beggars who have nothing to offer, just to rally around the presidential candidate, looking for what they will eat, are beginning to abuse people.  Those who even contested the primary without one vote are those who are talking. A presidential aspirant becoming a spokesperson to a presidential candidate.”

The governor also blamed the media as being part of the problem in Nigeria because they have lost the courage to speak truth to power and hold leaders accountable.

He wondered why the media was bold to speak against former president Goodluck Jonathan and has now lost sincerity of purpose to hold people in positions, and those jostling for public offices accountable for what they say and do.

In his speech, the Managing Director and Editor-in-Chief of New Telegraph Newspaper, Mr. Ayodele Aminu said they had in 2017 awarded governor Wike the award as the governor of the year in infrastructure because of his contributions in Rivers and leadership in the PDP.

According to him, they have continued to follow his track records of performance and healthy politicking that has given true meaning to democratic governance in the country.

Mr. Aminu said they are delighted to have him as the winner of the award as the Political Icon of the Year 2022 because it fits no one else but him.