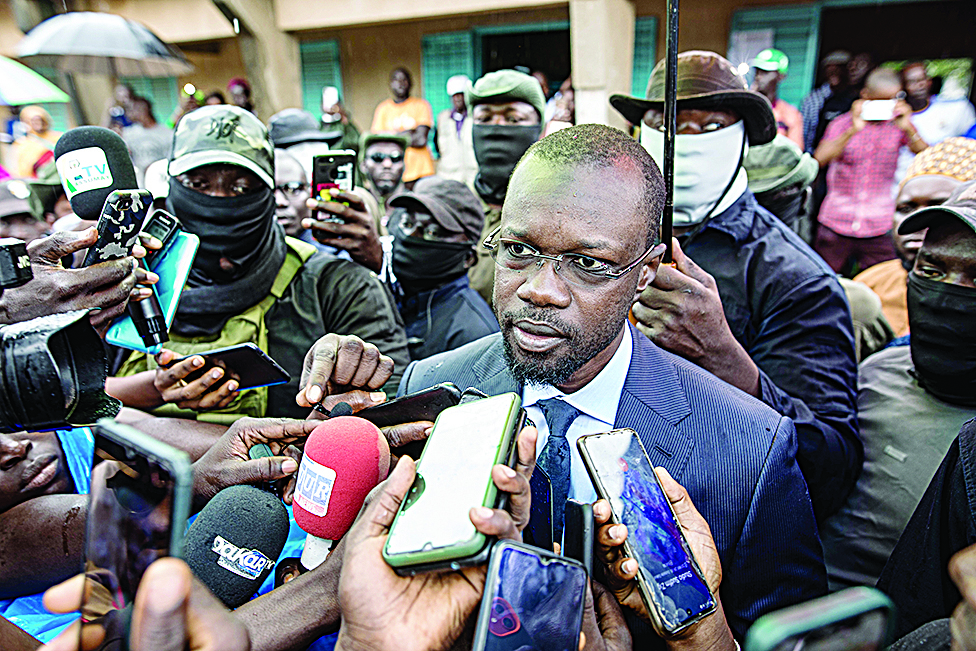 Senegal’s main opposition leader and presidential candidate, Ousmane Sonko, has urged his supporters to remain calm on the eve of a court hearing in a rape case brought against him.

His arrest and indictment in March last year led to several days of deadly riots, looting and destruction.

‘If we accept to fight, we will do it. But we are not there, dear compatriots. And that is why I ask you solemnly to go about your business, not to come to my house, nor to the court, nor to rally, because this is an ordinary procedure. It will not be resolved tomorrow,’ he said.

The 48-year-old politician, who came third in the last presidential election and plans to run again in 2024, has been accused of raping an employee of a beauty salon where he was getting a massage.

A political plot
Sonko says he believes the case against him was ‘a plot hatched at the top of the state’, and a ‘trap’ set by President Macky Sall, as a ‘strategy of chaos’ to discredit his political opponents.

Members of Sonko’s Yewwi Askan Wi opposition coalition have expressed their support for their leader, saying they will stand together in the face of any injustice.

‘We ask [our fellow citizens] to stand up and stand together with the opposition coalition, to face this president of the republic who is obsessed with a third candidacy,’ said coalition member, Cheikh Tidiane Youm.

Members of the Senegal’s opposition added that ‘all these strategies, all these subterfuges’ were based on the incumbent ‘wanting to put forward a third candidacy’’.

Two of the president’s other opponents, the former mayor of Dakar, Khalifa Sall, and former minister, Karim Wade, have seen their careers interrupted by legal problems.

Sall, who was elected in 2012 for seven years and re-elected in 2019 for five years, has remained vague on whether he intends to run for a controversial third term in office.
(Africanews)