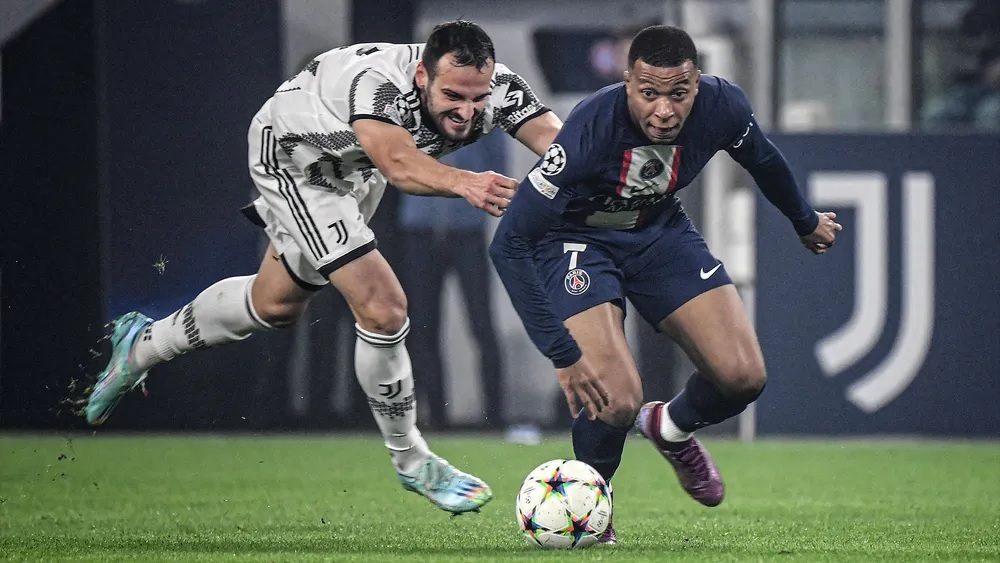 Kylian Mbappe led Paris Saint-Germain to a 2-1 win over an inspired Juventus side on Wednesday – but they were still left disappointed in Group H.

Under-pressure Juventus manager Massimiliano Allegri begged his players to put in a strong performance on Wednesday despite already being eliminated from Champions League knockout stage contention.

By matching or bettering Maccabi Haifa’s result elsewhere, they would at least reach the “beautiful” Europa League.

The Bianconeri responded with energy and pride, and visitors PSG struggled to contain them at times.

Despite a piece of individual brilliance from Kylian Mbappe in the first half, Juve would find an equaliser through Leonardo Bonucci.

Christophe Galtier’s men were not cohesive for the first hour, with a recurring concern surrounding his star-studded but sometimes overly individualistic team rearing its head once again.

However, seemingly realising Benfica had moved top having gone ahead in the other match in Group H, PSG found a second goal when Mbappe played Nuno Mendes through to finish expertly.

Job done, right? Not so fast.

Benfica poured in five second-half goals, including one in stoppage time, which incredibly dislodged PSG from top spot on away goals scored throughout the group stage.

Another strike from PSG in Turin would have done the trick, but they were unable to find a third. A hugely disappointing outcome for a club desperate to win the Champions League for the first time.