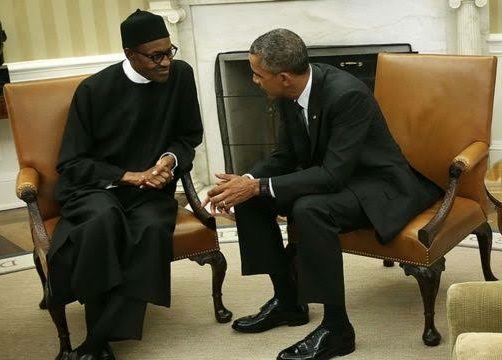 “History repeats itself, but in such cunning disguise that we never detect the resemblance until the damage is done.” – Sydney J. Harris (1917-1986)

“In March 2014, twelve northern governors and one deputy governor were in the US where they held sessions with senior officials of President Barack Obama’s administration, including his NSA, Susan Rice. Organized by the US Institution of Peace, the aim of the visit was how the Americans could work together with the northern states to address the Boko Haram insurgency and the socio-economic challenges in the region arising from it.

However, Dr. Mu’azu Babangida Aliyu, Chairman of the Northern Governors Forum confided that in retrospect, he had a feeling the American authorities invited them to use them as a sounding board for the 2015 presidential election.

“That was my reading of the situation. I believe it was all about the 2015 election for which the Americans had resolved not to support Jonathan. They just wanted to size us up for the level of commitment to regime change,” Aliyu told me.

Former President Jonathan himself was under no illusions about it.

“President Obama and his officials made it very clear to me by their actions that they wanted a change of government in Nigeria and were ready to do anything to achieve that purpose. They even brought some naval ships into the Gulf of Guinea in the days preceding the election,” said Jonathan, who went into some detail about the extent that the then-American president went to undermine him.

Applying the law introduced by Senator Patrick Leahy in 1997 on the primacy of human rights records in military operations, the Obama administration blocked the sale of arms to Nigeria not only from America but also from their allies.

It was not only on the military front that the Obama administration was checkmating Jonathan; it did so on the diplomatic front too, according to the former president who related some of his observations, “I got on very well with Prime Minister David Cameron but at some point, I noticed that the Americans were putting pressure on him and had to join them against me. But I didn’t realize how far President Obama was prepared to go to remove me until France caved into the pressure from America.”

The former president disclosed that he had such a good relationship with Francois Hollande that whenever there were difficulties with Cameroon over the Boko Haram issue, it was the French president he reached out to. On one occasion, following an appeal by Jonathan, Hollande even organized a conference in Paris with all the French-speaking countries within the sub-region.

“But weeks to the election, he had also joined the Americans in supporting the opposition,” Jonathan noted.

Six days before the election, the US Embassy in Nigeria posted a video on YouTube of President Obama speaking to Nigerian citizens during the election. He started by reminding Nigerians about their struggle for independence from colonialism as well as the struggle against the military dictatorship.

“Now you have a historic opportunity to help write the next chapter of Nigeria’s progress,” said Obama. It had become clear the Obama administration wanted a regime change in Nigeria.”

Excerpts from, Against The Run of Play: How an Incumbent President was Defeated in Nigeria (2017) by Olusegun Adeniyi

Anyone who rides the back of a tiger ends up in its belly.