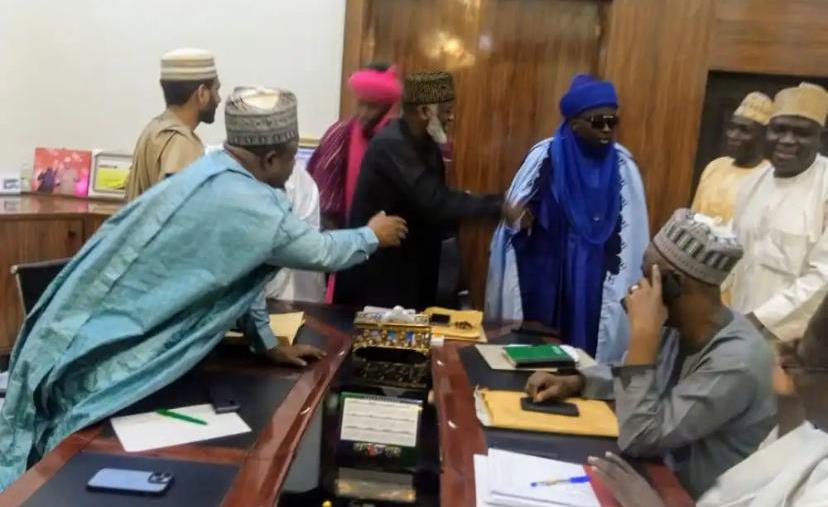 The New Nigerian Peoples Party, NNPP, Kano State Chapter has called on the good people of Kano state to reject the ruling  All Progressives Congress (APC) in the forthcoming 2023  elections as the party promotes violence in the state.

Despite the party’s inability to secure the lives and properties of the citizens, the actions and inactions of its leaders in creating and promoting violence within themselves and with other opposition parties could be a clear testimony of its failure.

In a statement issued by the Chairman of the Kano State Chapter of the NNPP, Hon. Umar Haruna Doguwa said the altercation between Alhassan Ado Doguwa, the majority leader of the Federal House of Representatives, and Murtala Sule Garo, the APC deputy gubernatorial candidate has once again created another national embarrassment for Kano state.

NNPP said the security agencies should quickly wade into the root of the crises to maintain the relative peace Kano enjoys as the individuals involved and their antecedents in promoting political thuggery is second to none.

The chairman alleges that Garo and Alhassan are well-known for supporting and abetting political thuggery in Kano and that if their conflict is not controlled, it could result in killings and the destruction of properties in the state.

“Alasan is on the rampage and from experience, Murtala Garo must revenge, so the political atmosphere is already overheated,” said NNPP

“The duo has also taken to the media to deflect blame between each other on their unfortunate show of shame.”

“We learned from the inception of the internal crises, supporters of the two warring camps have gone on a rampage, destroying each other’s billboards and removing posters that do not belong to their bosses. If this behavior is not promptly controlled, it may result in big-time political violence capable of causing deaths and loss of properties.”

The NNPP also asserted that this is a clear indication of how the fortunes of the ruling APC are dwindling in the state ahead of the 2023 elections.

“I am therefore imploring the people of the state to refrain from casting their votes to these bunch of reckless politicians in a party that is incapable of putting its house into order, let alone governing a mega-state like Kano.”

The chairman also declared that it would be another national disgrace for the residents of Kano to support candidates who engage in street brawls.

“I am confident that the good people of Kano can still recall how Garo was arrested for clashing violently and destroying the election results in Gama, Nasarawa Local Government, area with the support of his running-mate and incumbent deputy governor, Nasiru Gawuna, who were both compensated for truncating the 2019 election with APC tickets for the two highest executive seats in Kano.

The opposition party adds that the behavior is a total disgrace, not only to the ruling APC, and the solution to this shameful attitude exhibited by the so-called leaders is to reject the APC at the polls, in the next general elections.