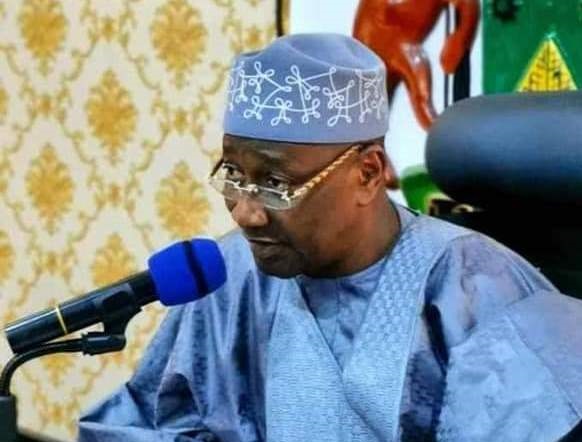 The All Progressives Congress (APC) in Kano state has accused the opposition members of the New Nigeria People’s Party (NNPP) Kwankwasiyya group of capitalizing on a minor disagreement in the ruling party to cause disaffection.

It said while the disagreement had been amicably resolved by party elders, the Kwankwasiyya, which is intimidated by the strength of the APC in the state, is engaging in propaganda to overblow the situation out of proportion.

The note of warning to the APC members was disclosed via a statement issued by the commissioner for information and spokesperson for the Gawuna/Garo Campaign Council, Thursday.

He said there is credible information that the group is even engaged in the destruction of posters and other party’s identities, using the matter which has already been resolved as a smokescreen and in the name of disagreeing parties within the APC.

Malam Garba pointed out that in the last few days, the Kwankwasiyya has been sharing pictures, giving negative meanings to them all in a futile attempt to discredit the ruling party in the state.

The commissioner further noted that while the party is entitled to its share of intra-party discord which is common in all parties, such should not be allowed to be used by the opposition to further foment trouble for the party.

He said as the nation heads toward election year, Governor Abdullahi Umar Ganduje and the APC gubernatorial candidate, Dr. Nasiru Yusuf Gawuna want members of the party to remain steadfast and maintain its unity to continue on the path of apparent victory and dominance at all levels