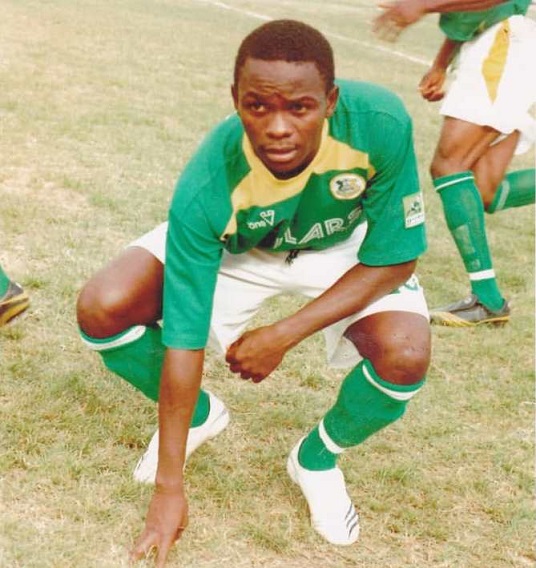 Innallilhi waina illahi Raji’un (Surely, we belong to Allah and verily to Him do we return).

The Kano State Football family woke up this morning with the devastatingly sad news of the passing away of Former Kano Pillars player Bello Musa Kofar Mata.

Born in 1988 and grew up at Kofar Mata quarters just a stone-throw away from where Kano Pillars FC play their home matches, his first steps as a footballer were with the local teams such as Hamilton and Buffalo, before joining Kano Pillars in 2007.

He scored eleven goals in the 2007/2008 NPFL season which helped Pillars clinch the NPFL title.

In 2010 he joined Heartland of Owerri, where he went on to win two FA cups in a row with Naze Millionaires.

He also won another FA cup once with FC Ifeanyiubah.

After his sojourn with Heartland, he returned to Kano Pillars in 2012 and won the league title twice, under coach Baba Ganaru.

Late Bello Kofar Mata is definitely an NPFL legend. He is the first player to score a goal for the Home-based super eagles against Burkina Faso in Calabar, Cross River State.

His vision, goal-scoring ability, and his commitment to the team made Kano Pillars FC fans love him.

May Allah Grant him Aljannatoul firdous and give his family and Kano Pillars FC fans the fortitude to bear the irreparable loss.