NCS Intercepts Over N78m Worth of Smuggled Goods in Kebbi 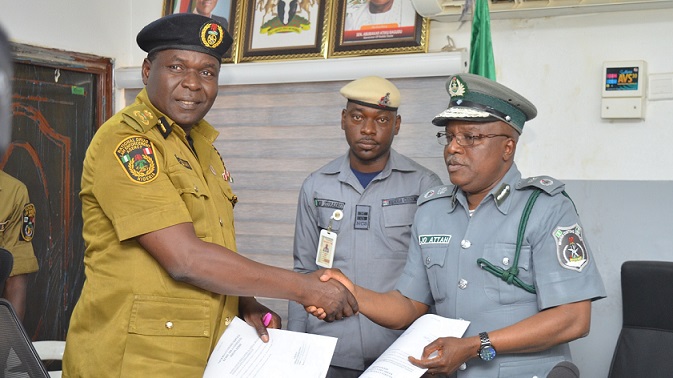 Nigeria Customs Service (NCS) said it has facilitated the formal export of locally manufactured goods worth over N2bn since the reopening of the Kamba border in Kebbi State.

The Command also said it has intercepted over 284 parcels of Cannabis Sativa (Indian hemp), 4 used vehicles, 138 bales of second-hand clothes, 345 50kg bags of foreign parboiled rice, 2, 250 liters of PMS, 38 cartoons of whitening cream, and 80 pieces of solar batteries with a duty paid value of Seventy-eight million, five hundred and sixty-two thousand, one hundred and twenty-five naira (N78, 562,225)from smugglers.

“We ensure that those who chose to import or export goods through the Kamba border do so with the highest level of compliance to lay down regulations.”

While handing over the seized drugs to NDLEA Commandant, Sule Usman at the NCS command for further investigation, he said his command would continue to pursue its mandate to suppress smuggling despite the challenges his men sometimes encounter from citizens who support criminals against the operatives due to ignorance or greed for financial benefits.