MRA Calls on Government to investigate all Attacks Against Journalists, Prosecute, Punish Perpetrators 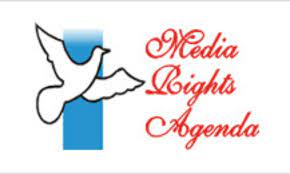 Media Rights Agenda (MRA) has called on Governments at all levels to fulfill their obligations to ensure the safety of journalists by investigating all attacks against media practitioners as well as prosecuting and punishing the perpetrators of such attacks.

The organization said this would send a strong signal to those who attack journalists that they can no longer do so with impunity while also giving the media the confidence to carry out their functions without fear.

MRA made the call at a press conference it organized to commemorate the 2022 edition of the International Day to End Impunity for Crimes Against Journalists and the 10-year anniversary of the UN Plan of Action on the Safety of Journalists and the Issue of Impunity, which was endorsed by the UN Chief Executives Board, the highest-level coordination mechanism in the UN system.

Addressing journalists in Lagos, MRA’s Programme Director, Mr. Ayode Longe, reminded the government that the security of citizens is one of its primary functions and urged the Federal Government to develop and adopt robust mechanisms to protect journalists and ensure their safety and security.

Noting that 10 years after the UN came out with the Plan of Action on the Safety of Journalists, Nigeria has not taken any concrete action to stem the spate of attacks against journalists and the media in the country, he said the increasing level of attacks against media practitioners and organizations in the country was shocking and ought to be a source of concern for everyone.

According to Mr. Longe, MRA has recorded and documented dozens, even hundreds, of attacks against journalists over the years and is yet to hear of any instance where a journalist has been killed in Nigeria and a serious investigation was conducted and the perpetrators arrested and prosecuted.

He challenged the Government to cite any attack on journalists or the media that it has seriously investigated and shared with the public the outcome of any such investigation, including details of those arrested and prosecuted for the offense.

Specifically, Mr. Longe said, since the beginning of the current democratic dispensation on May 29, 1999, to date, MRA has collated and documented cases of 19 journalists killed, and in none of these killings has the Federal Government investigated, arrested, or prosecuted or brought any of the perpetrators to justice.

Besides, he said, in the last year alone, MRA collated and documented over 47 incidents of attacks against journalists, media workers, and media houses, adding that in the course of their work, journalists are arrested and detained, assaulted and beaten, abducted, have their equipment and gadgets confiscated and, in some cases, destroyed, have their operations disrupted among other forms of attacks.

Mr. Longe noted that MRA’s records showed that men of the Nigerian Police are the major perpetrators of the attacks against journalists as MRA had documented over 15 of such incidents in which they were the perpetrators, with armed hoodlums and political thugs coming a close second.

He said it was ironic that the Nigerian Police and other law enforcement and security agents that Nigerians should be relying on to protect journalists and the media from attacks by political thugs and other bad actors are themselves the worst culprits.

Mr. Longe expressed concern that the Police are also being frequently used to harass and intimidate journalists and other media workers by the rich and powerful who are uncomfortable with the media beaming the searchlight on them and their activities.

He noted that in the last six months, MRA has recorded at least six such incidents where journalists were accused of criminal defamation, cyberstalking, or other offenses by law enforcement agencies acting on the bidding of politicians.

Reminding the government that the world is moving away from criminalizing expression and as such journalists should not be arrested, detained, or charged to court over stories and reports that they have published.

He noted that the Police continue to use the provisions of Section 24 of the Cybercrimes (Prohibition, Prevention, Etc) Act, 2015 to charge journalists and other Nigerians with cyberstalking despite the fact that the ECOWAS Community Court of Justice has declared the provision to be a violation of the right to freedom of expression.

Mr. Longe described the continued use of the provision of the Cybercrimes Act to harass journalists and other citizens as a brazen disregard for the decision of the ECOWAS Court, a violation of Nigeria’s treaty obligations, and an unjustifiable disrespect for the court.

He called on members of the public to take an interest in the safety of journalists and do everything within their power to help protect them and take action to ensure that those who attack them are brought to justice.

Humanitarian Minister Signs Save the Children International to Monitor NSIP