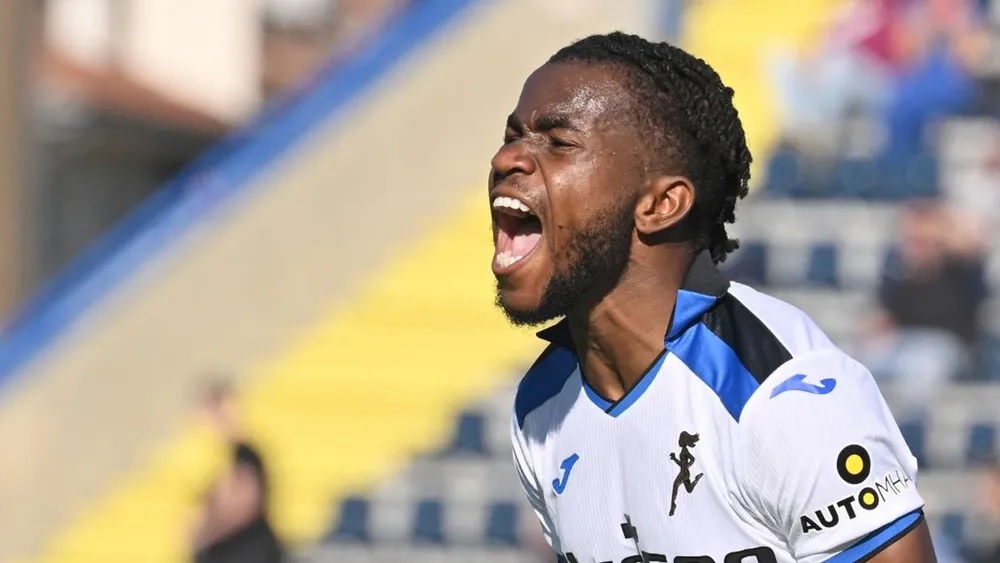 Former RB Leipzig player Lookman signed a permanent deal with Atalanta at the beginning of the season. He has scored five goals in Serie A so far and provided three assists to date

Due to this impressive start, Makinwa backs Lookman to break his own record at the club and score many goals in the future.

“I hope he breaks it,” Makinwa told Punch.com. “He did not show signs of initial struggles and has settled in well at the club.

“I’m confident he will set a new goalscoring record at the club, but we must not put pressure on him on that.

“He is very prolific, and he is becoming a fantastic buy for the club.”

The Super Eagle – who scored his first goal of the season on August 13 – is Atalanta’s top scorer in the league this season.
Meanwhile, Makinwa scored six goals for Atalanta in the league during the 2004/05 season, his only at the club.

Lookman’s blistering form coincides with international teammate Victor Osimhen’s impressive output for Napoli. Osimhen has scored seven goals in Serie A and is a joint top scorer with Marko Arnautovic, who is turning out for Bologna.

The forward is expected to face off with Osimhen in their next league game on November 5, where he could equal or pass Makinwa’s tally with another goal and move up on the Serie A goalscorers chart.