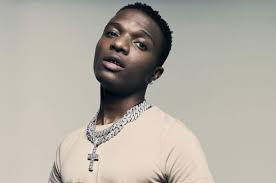 Ifeanyi’s death was revealed in a now-deleted post by actress Eniola Badmus late Monday.
Sensational artiste Wizkid has deleted a promotional tweet geared towards his forthcoming album. The act has been tied to showing support for his colleague, Davido, who lost his son.

The album “More Love, Less Ego” was supposed to be released on the 4th of November, 2022 and Wizkid made a tweet announcing the release date.

The tweet, however, has now been deleted following the news of Ifeanyi’s demise.

While the facts of the situation are still unknown as neither parent has issued a statement, unsubstantiated sources say that Davido’s son drowned in a swimming pool at his property in the Banana Island area of Lagos State.

Apart from Wizkid, other friends and celebrities have taken to their social media pages to send cryptic messages and words of condolence to the parents and family.

Rosemary Afuwape, wrote on her Instagram story, “My heart can’t take this.” This is so painfully unbearable. Chioma and Davido, please accept my condolences. No amount of words can comfort your hearts. I am truly sorry for your loss.”

Comedian Ay, in an Instagram post early Tuesday, wrote, “The death of a child is unnatural, unfair, and tragic, this hit me so bad.”

Daddy Freeze, also went live on Instagram also said, “When the person you love is someone involved it becomes a heavy emotional burden. I am not confirming anything but bear with me I will not be live tonight.”

Netizens have also chastised Eniola Badmus, who made the news of the death public in a social media post that has since been removed.