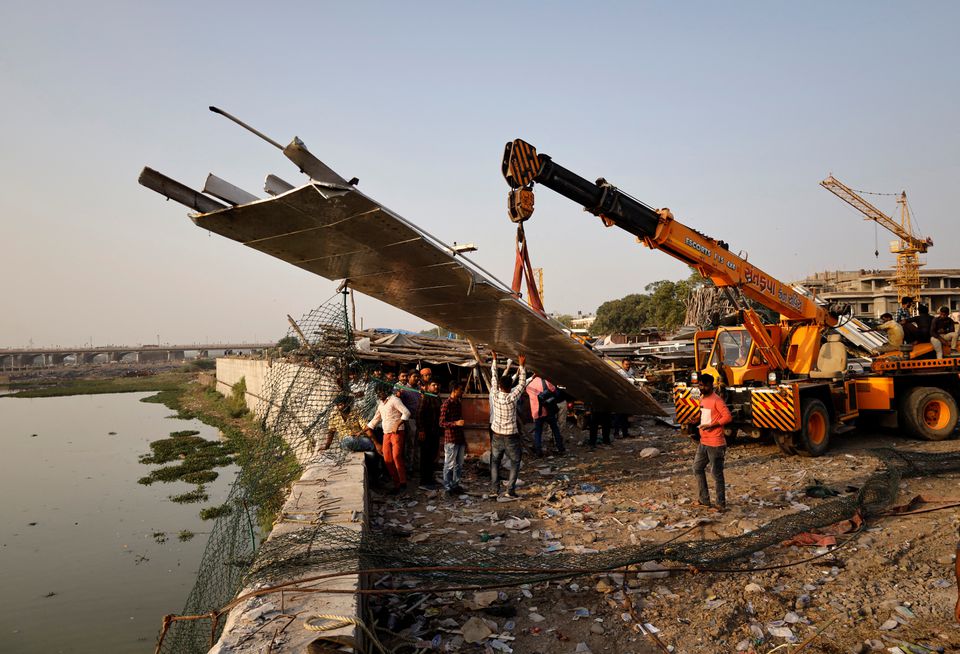 The death toll from an Indian foot bridge collapse rose to 135 on Tuesday with search operations entering a third day, although nearly all those believed to have been missing are now accounted for.

The colonial-era bridge over the Machchhu River in Morbi was packed with sightseers enjoying holiday festivities when it broke on Sunday evening, sending people plunging about 10 meters (33 feet) into the water.

At the time of the collapse, around 200 people were believed to have been on the bridge, which was 1.25 meters wide and 233 meters in length – part of celebrations for the Diwali and Chhath Puja festivals.

“One person who was injured in the incident and admitted to the hospital succumbed to his injuries, taking the toll to 135,” GT Pandya, a senior administrative official in Morbi, told Reuters.

“Search operations have begun again today. We believe one person is missing at present.”

Indian army, navy and national disaster response teams continued search operations as locals gathered on the banks of the river near the twisted remains of the bridge. It was originally built in 1877 and had been closed for six months for repairs until last week.

Indian police arrested nine people on Monday, including ticketing clerks and contractors, as they investigate the collapse of the bridge.
(Reuters)