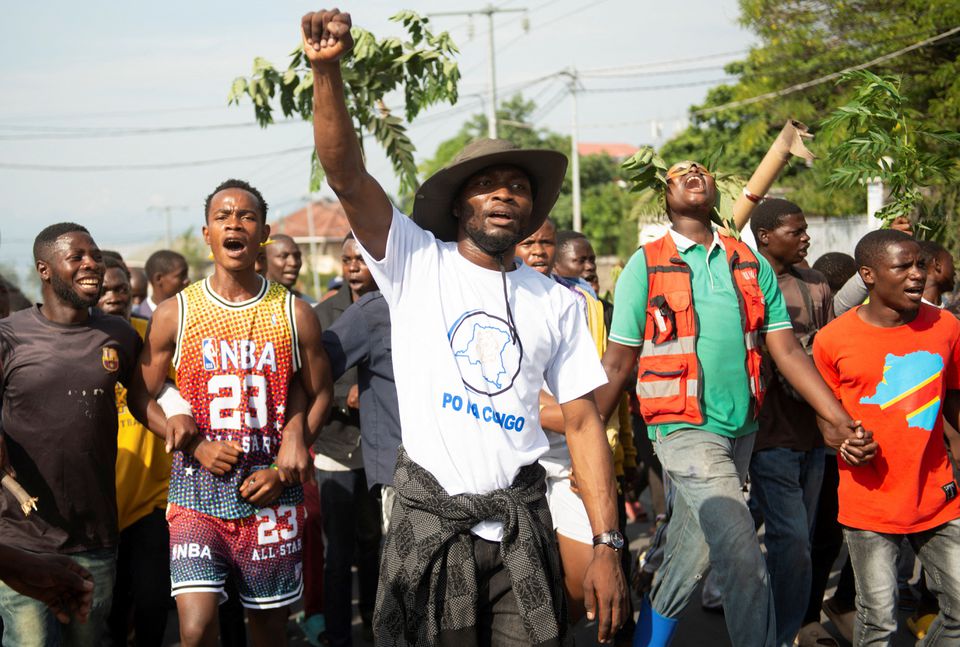 Thousands joined anti-Rwanda protests in the east Congolese city of Goma on Monday, denouncing Rwanda’s alleged support of M23 rebels as Kinshasa recalled its interim acting ambassador from Kigali in a further souring of relations.

Rwanda denies Congo’s long-standing accusations that it backs the M23, a Tutsi-led rebel group that has attacked Congolese forces near the Rwandan border since 2012.

Tensions escalated this month after the group launched a new offensive in North Kivu province and captured the strategic town of Kiwanja on Saturday, prompting Congolese authorities to expel the Rwandan ambassador.

Congo’s foreign ministry went further on Monday, recalling the interim charge d’affaires from Kigali and ordering its newly-appointed ambassador to Rwanda not to register his credentials, it said in a statement.

Reached for comment on Monday, Rwanda’s government spokeswoman Yolande Makolo sent Reuters a statement from the previous day which said Congo’s expulsion of the Rwandan envoy was an effort to distract from its own security failures.

In August, United Nations experts said they had found solid evidence Rwanda had been interfering militarily in eastern Congo. Rwanda’s government has disputed the U.N. findings.
In the east, protesters marched and rode motorbikes down the streets of Goma on Monday. Some tried to cross into Rwanda at the Grande Barriere border post, where police fired tear gas to stop them, a Reuters reporter said.

The crowds threw stones in response and also targeted the empty offices of the International Conference on the Great Lakes Region, an inter-governmental group that includes Congo and Rwanda. There, they tore down posters and burnt a photo of Rwandan President Paul Kagame.

“We have suffered a lot because of the war against the M23 and we know that if there is a country that supports them, it’s Rwanda,” said protester Masango Murefe Moise.

Goma, the capital of North-Kivu, has been effectively cut off from the upper half of the province since the capture of Kiwanja. More than 90,000 people have fled their homes since fighting resumed on Oct. 20, according to the U.N.

The U.N. peacekeeping mission said on Monday it had evacuated 12 journalists by helicopter from Rutshuru due to the deteriorating security situation, and that it evacuated 15 wounded Congolese soldiers from Kiwanja the previous day.

The recent M23 attacks broke months of relative calm since the group’s last major offensive in late May – the most serious since a 2012-2013 insurrection that seized vast swathes of territory before fighters were chased out by Congolese and United Nations forces into Uganda and Rwanda.