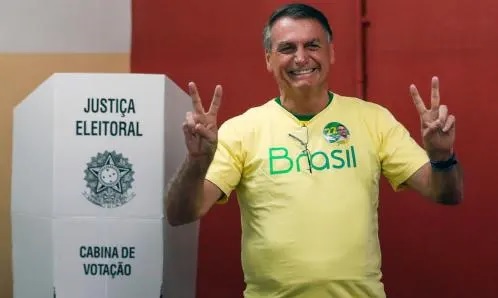 Brazil’s far-right President Jair Bolsonaro will not contest his electoral defeat and plans to address the nation later on Tuesday, his Communications Minister Fabio Faria told Reuters, as a growing number of political allies advised him to concede.

The presidential address may defuse the protests across Brazil by small groups of his supporters, which have begun to cause economic disruptions, drawing calls from farm and retail groups for Bolsonaro to accept defeat and begin a transition.

Bolsonaro has not made public remarks or spoken with Lula since the race was decided on Sunday evening.

Close political allies, including his chief of staff Ciro Nogueira and his Vice President Hamilton Mourao, have begun to make contact with the Lula camp to discuss a transition. Others, including the speaker of the lower house of Congress, called on the Bolsonaro government to respect the election result.

The powerful agricultural lobby CNA, representing farmers who were important campaign donors for Bolsonaro, said it was ready for conversations with the incoming government, which will take office on Jan. 1.

Brazilian supermarkets lobby Abras reported supply problems due to the protests and appealed to Bolsonaro to resolve the situation before shop shelves begin to empty.

Meatpackers are concerned about the blocked highways hurting their ability to ship perishable goods, and some may scale back production from Wednesday, according to an industry source.

The Supreme Court ordered police to remove scores of blockades that had blocked access to a key grains-exporting port, shut off the country’s largest airport and started to affect the transportation of food and fuel.

Farias said Bolsonaro would meet with the members of the top court. However, at least one justice has refused to meet with the president without an official invitation with a clear agenda, according to one court source, who requested anonymity.
Before Sunday’s vote, Bolsonaro repeatedly made baseless claims the electoral system was open to fraud.

SUPPORTERS DIVIDED
Truckers, who have benefited from Bolsonaro lowering diesel costs, are one of the president’s key constituencies, and have previously disrupted Brazil’s economy with highway closures.

Some truck divers posted videos calling for a military coup to stop Lula from taking office.

A doctor in upstate Sao Paulo, Joao Queiroz, who voted for Bolsonaro, said the roadblocks had disrupted vital supplies to perform hemodialysis on patients at a hospital in Riberao Preto.

“I am so angry that Bolsonaro is ending his term with a totally reprehensible attitude that is putting the health of people at risk,” he told Reuters.

“We honest Brazilians are against the return of that gang that looted state coffers,” said protesting truck driver Vando Soares, opposed to the return to office of Lula, whose 2003-2010 presidency was stained by a corruption scandal.

“We are not moving until that bandit is stopped from assuming as president,” he said.

Lula’s win represents a stunning comeback for the 77-year-old former metalworker, spent 19 months in jail for corruption convictions before they were annulled last year.

Lula has vowed to overturn many of Bolsonaro’s policies, including pro-gun measures and weak protection of the Amazon rainforest.

The PRF said protesters were blocking highways partially or fully in more than 200 locations, as part of protests that have spread to 21 of Brazil’s 26 states and Federal District. They said another 192 roadblocks had been cleared.