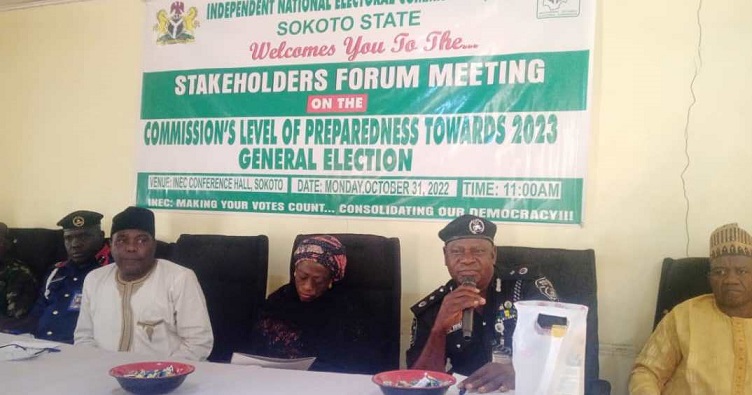 The Independent National Electoral Commission (INEC) Sokoto, has received 3,991 Units of the Bimodal Voter Accreditation System (BVAS) as part commission’s level of preparedness for the conduct of the 2023 general elections.

The Administrative Secretary of the Commission in Sokoto, Mrs. Hausa Aliyu Kangiwa disclosed this today at a stakeholder’s conference held at the Commission’s secretariat in Sokoto.

She said the BVAS would be configured and assigned to each and every polling unit across the 23 local government areas of the state.

“The commission has in its custody 123,963 permanent Voters Cards yet to be collected by their respective owners and 148,446 have been sent to local government areas for onward distribution.

The Commission according to the administrative Secretary is in full control of the wheel of progress of the 2023 general elections.

She Said during the period under review, the commission engaged in the conduct of party primaries that resulted in the emergence of candidates contesting the 2023 general elections.

“Commission is well prepared to conduct the 2023 general elections, adding that the preparation will take the Commission up to the day of Elections and beyond.”

The Chairman of the Coalition of Non-Governmental Organizations, Ibrahim Abdullahi Shuni expressed fear about the alarming rate of votes buying on the day of Elections by political parties in the state.

He said the issue of vote buying during Elections is disturbing especially among the two major political parties in the state while urging the Commission to take note of that.

The stakeholders meeting has in attendance representatives of all political parties in the state, NOA, members of civil liberty Organizations, People with special needs, Students, IPAC,  the Police, the DSS, the Army, and paramilitary Agencies.