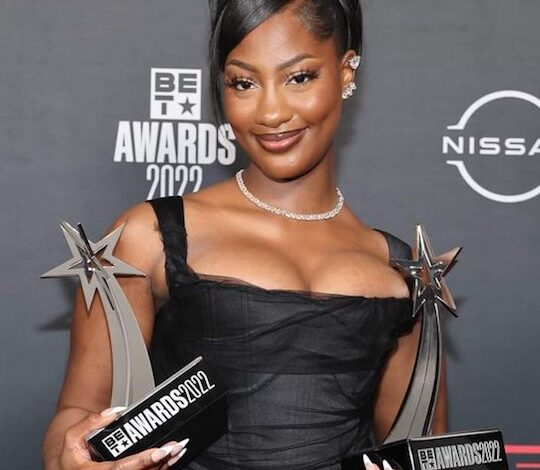 Nigeria’s Grammy-nominated singer, Tems have revealed the type of man she would like to be romantically involved with.
Naija News reports that the singer who recently co-wrote the lead single for the “Black Panther: Wakanda Forever” soundtrack with beauty mogul Rihanna, Ryan Coogler, and Oscar winner Ludwig Göransson, made this known during an interview.

When asked what it would take to date her, the 27-year-old singer replied saying a man that is smart, not in knowledge but in a way that she will not be able to manipulate him.

In her words:”You have to be really smart. You have to outsmart me. And not necessarily in terms in knowledge, but in terms of like life. Just make me feel like i can’t manipulate you.”Tems also explained her role via the microblogging platform, Twitter in the song, ‘Lift Me Up’.

She wrote: ”After speaking with Ryan and hearing his direction for the film and the song, I wanted to write something that portrays a warm embrace from all the people that I’ve lost in my life.

”I tried to imagine what it would feel like if I could sing to them now and express how much I miss them. Rihanna has been an inspiration to me so hearing her convey this song is a great honor.”
(Naijanews)