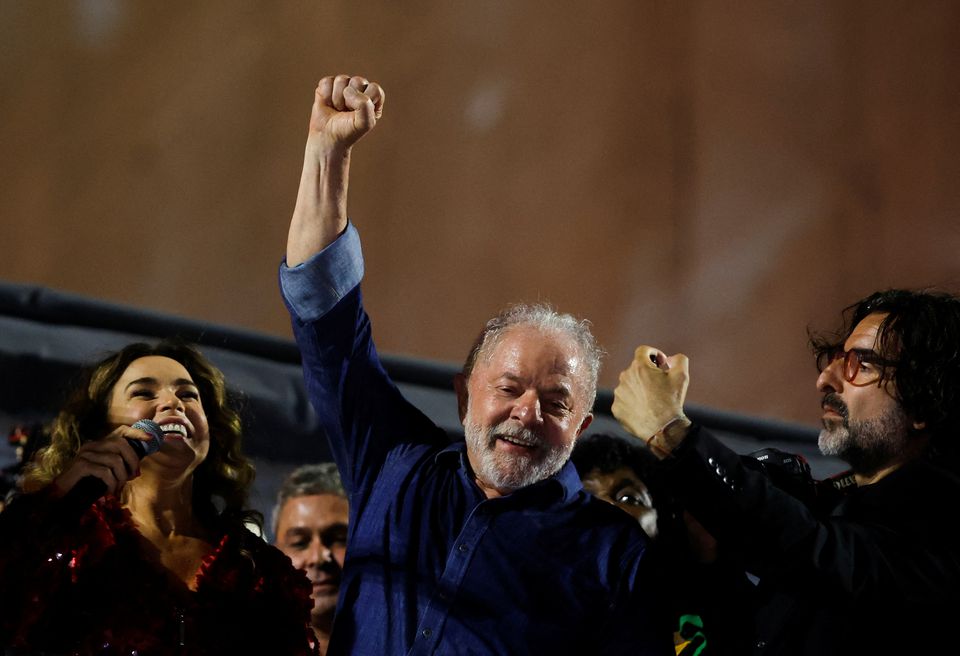 The Supreme Electoral Court (TSE) declared Lula the next president, with 50.9% of votes against 49.1% for Bolsonaro. The 77-year-old Lula’s inauguration is scheduled for Jan. 1.

It was a stunning comeback for the leftist former president and a punishing blow to Bolsonaro, the first Brazilian incumbent to lose a presidential election.

One close Bolsonaro ally, lawmaker Carla Zambelli, in an apparent nod to the results, wrote on Twitter, “I PROMISE you, I will be the greatest opposition that Lula has ever imagined.”

Financial markets might be in for a volatile week, with investors gauging speculation about Lula’s cabinet and the risk of Bolsonaro questioning results.

The vote was a rebuke for the fiery far-right populism of Bolsonaro, who emerged from the back benches of Congress to forge a novel conservative coalition but lost support as Brazil ran up one of the worst death tolls of the coronavirus pandemic.

International election observers said Sunday’s election was conducted efficiently. One observer told Reuters that military auditors did not find any flaws in integrity tests they did of the voting system.

Truck drivers believed to be Bolsonaro supporters on Sunday blocked a highway in four places in the state of Mato Grosso, a major grains producer, according to the highway operator.

In one video circulating online, a man said truckers planned to block the country’s main highways, calling for a military coup to prevent Lula from taking office.

He has vowed a return to state-driven economic growth and social policies that helped lift millions out of poverty during two terms as president from 2003 to 2010. He also promises to combat destruction of the Amazon rainforest, now at a 15-year high, and make Brazil a leader in global climate talks.

“These were four years of hatred, of negation of science,” Ana Valeria Doria, 60, a doctor in Rio de Janeiro who celebrated with a drink. “It won’t be easy for Lula to manage the division in this country. But for now it’s pure happiness.”A former union leader born into poverty, Lula organized strikes against Brazil’s military government in the 1970s. His two-term presidency was marked by a commodity-driven economic boom and he left office with record popularity.

However, his Workers Party was later tarred by a deep recession and a record-breaking corruption scandal that jailed him for 19 months on bribery convictions, which were overturned by the Supreme Court last year.