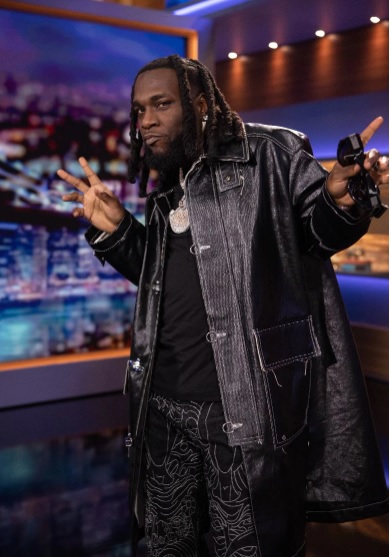 Nigerian megastar Burna Boy has taken to his Instagram story to state that he will not engage in conversation with any colleague who has failed to reach the 100 million dollars revenue benchmark in 2022.

Details: Grammy-winning megastar Burna Boy is known for being vocal about his success and he has taken to his Instagram page on Sunday, 30th October 2022 to state that he will not be caught in an argument over money with any artist who hasn’t made 100 million dollars in 2022.

His post is coming hours after fellow megastar Wizkid took to his Snapchat to aim veiled digs at some artists. In a series of posts, Wizkid stated that other artists can’t touch his wealth even if he decides never to touch the mic again.

He also said he might consider having a class where he will teach artists to get what they deserve through less stress and smart business. Wizkid concluded by stating that henceforth, colleagues must refer to him as “Sir” and “Daddy”.

Wizkid’s posts were considered veiled digs aimed at fellow megastars Burna Boy and Davido. It will also appear that Burna Boy’s post is a reply to Wizkid.

So far, Wizkid’s Snapchat post has generated comments from fans on Twitter who have continued to speculate as to the intention and the parties involved.