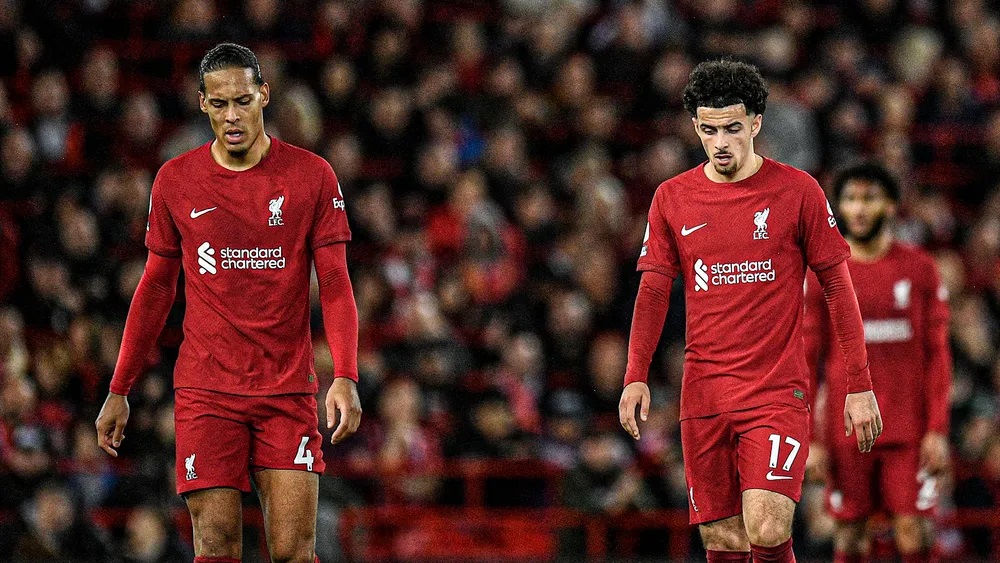 The Reds lost to a relegation threatened club for a second consecutive Premier League outing, and their season is souring at a rapid pace.

A campaign which promised so much is turning into a nightmare for Liverpool, and here it reached its lowest point yet.

Their proud unbeaten Premier League record at Anfield, which stretched back 29 games and 19 months, is gone, taken away by a Leeds side which started the day 19th in the table.

Only seven days before, the Reds had lost to Nottingham Forest, who occupy 20th place.

It’s a hard-to-fathom run of poor form that has the team desperate for answers.

“So many things are unlike us in this moment,” Jurgen Klopp told BBC afterwards. “I am sorry it is like this, but that is the situation. I am not sure how deep you can dig, but we will. It is like it is and we will work on solutions.”

For Liverpool it is a fourth league defeat this season, and they continue to look a shadow of the side which had fought so hard for a quadruple of trophies as recently as May.

They sit ninth in the table, 13 points off top spot and looking unlikely even to fight for a top-four place at present.

They could have no complaints about this result, even if Leeds goalkeeper Illan Meslier made a series of saves in the second half.

The visitors had led inside four minutes, Rodrigo Moreno pouncing after a mix-up between Joe Gomez and Alisson Becker, but Mohamed Salah’s equalizer looked to have restored order soon after.

But Liverpool were labored throughout. Meslier denied Darwin Nunez three times and Roberto Firmino, superbly, on another occasion. Still, Leeds had chances of their own.

Brenden Aaronson hit the bar, Alisson saved from Jack Harrison and Patrick Bamford took a heavy touch when clean through, before Summerville collected the ball in the box to steer home in front of a delirious away end.

It is Leeds’ first win here since 2001, and how they celebrated it. For Liverpool, meanwhile, it is another miserable Saturday. There have been far too many of those this season.
(Goal)

Lewandowski score a late goal to Barca a win at Valencia