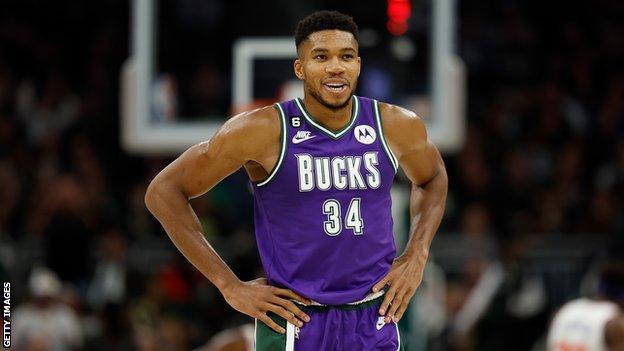 Giannis Antetokounmpo scored 30 points as the Milwaukee Bucks extended their winning run this season with a 119-108 victory over the New York Knicks.

Antetokounmpo made 14 rebounds and nine assists at the Fiserv Forum in Milwaukee as well as reaching 30 points for the third successive game.

The Bucks are top of the Eastern Conference with four wins from four.

The Los Angeles Lakers equaled their worst start in 65 years with a fifth defeat in five games.

They lost 111-102 loss to the Minnesota Timberwolves in Minneapolis despite Russell Westbrook coming off the bench to score 18 points in 33 minutes.

“I’m not mad at how we played tonight. Overall energy was in the right direction, which I’m happy about,” said Westbrook.

“It’s important to get AD (Anthony Davis) back, get guys healthy, get things going. Until then, nobody is going to feel sorry for us. We have to go out and compete and find a way to get a win.”
(BBC)