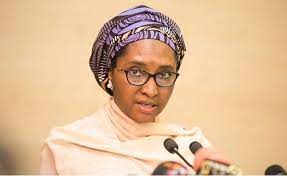 Minister of Finance, Budget and National Planning, Zainab Ahmed, has rejected a plan by the Central Bank of Nigeria (CBN) to redesign naira, warning the apex bank of its consequences on the country’s troubled economy.

The Minister warned CBN of the consequences that may arise from the exercise.

Senator Bamidele had in his question, told the Finance Minister that barely two days after announcement of the policy by CBN, repercussions of it on the value of naira to US dollar was being felt .

Recall that the CBN Governor, Godwin Emefiele dropped the hint on Wednesday, revealing that the incoming exercise would redesign the Nigerian currency, starting from N100 denomination to N1,000 notes.