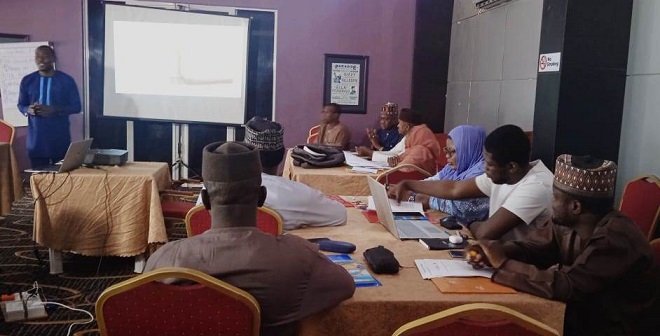 Society for Family Health (SFH), Kano state Ministry of Health in collaboration with the National Malaria Elimination Program NMEP and other malaria partners has called on the media to create awareness of the campaign for Insecticide Treated Nets (ITNs) in the state.

The call was made during the media parley on Wednesday in Kano by the malaria partners, adding that the media must address the misconceptions people have about using ITNs and enlighten those with such stereotypes.

The Demand Creation Representative of SFH, Sesugh Deborah Oryiman said due to the guidelines of COVID-19 to avoid crowds, the registration and distribution of ITNs will commence on the 10th to 23rd of November 2022; people should avail themselves for easy collection as these will be carried out the house by house.

The ITNs are not harmful; reactions may only surface when you do not air the ITNs properly before using them, she added.

According to SFH, over 8 million ITNs were distributed in 2019, but 8.8million ITNs have been procured with support from Global Fund.

The 2021 World malaria report, states that the COVID-19 Pandemic had caused a lot of havoc on the health system and has pulled a challenge in responding to other life-threatening diseases like malaria.

Earlier, the Demand Creation CTAT SFH, Abimbola  Oloruntogbe said Nigeria has the largest number of malaria cases across west Africa with over 31 million cases of malaria from Nigeria.

Oloruntogbe explained that 1 out of 5 deaths from malaria in West Africa come from Nigeria.

She said the fight against malaria should be a collective effort as 110million clinical diagnosis cases yearly estimate that 30% of child death and 11% of maternal death comes from Nigeria.

She said: “Statistics show that the use of ITNs has reduced the prevalence of malaria; in 2015 malaria survey prevalence was 27% against the 2010 survey that stated 42%.

However, the benefit of using the ITNs should be preached in every household before and after the campaign because utilization of treated nets is easier than treating malaria, she added.