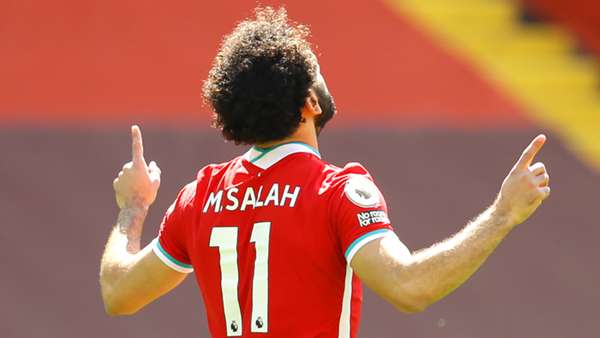 Liverpool’s Egyptian King was the difference-maker once more as Jurgen Klopp’s side swept Ajax away in Amsterdam.

In the end, it was all surprisingly straightforward for Jurgen Klopp and Liverpool.

The Reds are into the last 16 of the Champions League for the sixth season in a row, qualification secured with a game to spare after a morale-boosting 3-0 win over Ajax in Amsterdam.

Mohamed Salah’s deft first-half finish set Klopp’s side on their way, and they would make life comfortable for themselves after the break, with Darwin Nunez heading in a second goal before Harvey Elliott lashed in a third.

Ajax had chances, with Steven Berghuis hitting the post inside the opening three minutes, but the Eredivisie champions will have to content themselves with a place in the Europa League in the New Year, with Liverpool joining Napoli in progressing from Group A.

The sides meet at Anfield next week with top spot up for grabs, although the Reds would need a 3-0 win or better to overhaul the Serie A champions.

As it is, they’ll just be happy to have secured safe passage. This competition holds many happy memories for them, and they will have a chance to get stuck right into it again in 2023.

Salah becomes only the third player to reach 50 goal contributions with an English club in the Champions League, following in the footsteps of Thierry Henry and Ryan Giggs.

He is now only one goal behind Steven Gerrard’s record of 40 European goals for Liverpool. A special player, whichever way you slice it.
(Goal)

New Naira Banknotes for Nigeria: The History, Another Date with Buhari