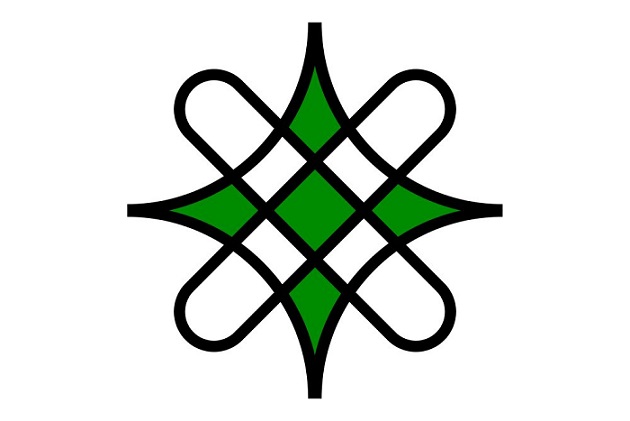 Poverty is a state or condition in which a person or community lacks the financial resources and essentials for a minimum standard of living, while a pension is a retirement fund for an employee paid into by the employer, employee, or both, with the employer usually covering the largest percentage of contributions.

Northern Nigeria constitutes 72% of the Land mass of present-day Nigeria. The greater part of the region falls under the Sokoto caliphate whose leader was Sarkin Musulmi based in Sokoto as its headquarters.

Sokoto Caliphate was the largest polity in 19th-century West Africa, the biggest in terms of Landmass, population, and material resources.

The caliphate was formed as a result of Jihad campaigns embarked on by Usman Danfodio and his followers with the sole reason of sweeping society off the dirt of its rulers, who ruled with oppression.

There was abject poverty in Northern Nigeria before the Jihad due to high taxes, oppression, and constant attacks and during the jihad campaign due to the destruction of towns, crops, and emigration of people. Realizing the negative consequences of poverty, Jihad leaders intended to fight it with all seriousness.

The ideals of the caliphate were hard work and self-reliance on the side of the citizenry, justice, good leadership, and determination to fight poverty on the part of the leaders. The then leader of the caliphate Sarkin Musulmi Muhammad Bello indicated that Islam encourages Hard work and Lawful earnings in his book.

It is stated in the Qur’an that when prayer is over, disperse in the Land and seek Allah’s bounties. This proved that Islam abhors laziness, and begging but encourages hard work as earlier stated.

Poverty reduction strategies by the caliphate.

The first strategy is the provision of Good governance and this can only be achieved by good leadership.

Apart from the responsibility of the government to provide security to life and property, the leaders of the caliphate believed that protecting the dignity of a human being is also a cardinal principle and this cannot be achieved when citizens are impoverished by poverty.

Adequate security was ensured throughout the Caliphate to the extent that a woman carrying gold could travel alone from Sokoto to Illorin without anybody attacking her as attested by a European explorer Mr. clapperton who traversed the caliphate in 1824.

Muhammad Bello in his book uul as siyaasa states that the rulers shall stimulate the artisan and be mindful of tradesmen, who are crucial to the people. They include farmers, smiths, tailors, dyers, physicians, butchers, carpenters, and all manner of traders, that contribute to the good order of the world.

The ruler must set up tradesmen and artisanship in every locality.

He must encourage his people to produce Foodstuff and store it for future use.

Muhammad Bello instructed the emirs to establish skills acquisition centers all over the Caliphate and experts were sent to train people in different skills.

To show leadership by example for the masses to emulate the art of fighting poverty, Muhammad Bello as the head of the Caliphate himself engaged in manual work and craftwork.

He was making ropes and baskets for sale. The Emir of Kano Sulaiman was into irrigation farming.

Sheikh Yunusa Dabon Dambazau was a businessman. He was buying items produced in Hausa land to sell them in Borno and Adamawa axis and vise versa.

The Emir of Katsina Umarun Dallaji was making rope for sale and other Jihad leaders were also engaged in different forms of skills.

Muhammad Bello encouraged massive Agricultural production in the caliphate. He ensured the availability of land to all citizens for farming.

He instructed that no one would be allowed to garner any piece of land and to leave such a piece of land Uncultivated for alienating others. A new irrigation technique and production of brown sugar (Maizar Kwaila) were introduced by Muhammad Bello.

To lead by example, he owned a private farm garden where he cultivated sugarcane and vegetables.

Welfare packages aimed at alleviating poverty were introduced. money, livestock, and grains were collected by the authority from the rich for distribution to the needy such as the sick, widows, orphans, the disabled, poor elderly person, etc.

The welfare of workers, both public and private, was not unattended.

The Caliphate leaders instructed and ensured workers were paid without delay and properly remunerated. I have never seen a pension scheme that tackles poverty like that of Muhammad Bello.

A lot of families became poor after the death of the breadwinner. Bello instructed that after the death of a worker, the state should continue paying the salary to his family until his wife gets married and the children reach puberty and start earning for a living for themselves.

The outcome of the measures put in place

The leadership of the Caliphate which was based on selfless service, justice, foresight, patriotism, hard work, accountability, and supervision resulted in the reduction of poverty, and acts of criminality, and enhanced the economic development of Northern Nigeria.

Mass food production for Local consumption and export was ensured, and manufacturers such as leather workers, smiting, etc.

A European explorer Mr. Henry Barth in1855 made the following statement about the economic development of the Caliphate with reference to Kano:

The principal commerce of Kano consists of native produce, namely, the cotton cloth woven and dyed here or in the neighboring towns.

The great advantage of Kano is that commerce and manufacturing go hand in hand and that almost every family has its share in production.

There is really something grand in this kind of industry which spreads to the north as far as tripoli, to the west, not only to Timbuktu but as far as the shore of the Atlantic, to the east, all over Bornu region, to the south up to Igbira land.

Mr. Denham in his report equally attested to the good quality of products manufactured in northern Nigeria.

He said that the quality of textiles woven by the natives of Kano on their primitive hand looms is strong and lasts very well. For this reason, the textiles were preferred to the flimsy samples sent out from his home (EUROPE).

Tannin industries were established in all the nooks and crannies of the caliphate and leather was exported across the desert via Morocco to Europe.

Over 3m shoes were annually produced in Kano alone. Skins so dyed were of great request among book-binding firms in England. Kano leather was also in demand for bookmaking in Europe.

The economy of Northern Nigeria started deteriorating and poverty increased since the colonization of the region by the British up till now.

This is a result of the colonial administration policies, bad Government policies after independence, prompting, laziness, terrorism, banditry, environmental factors, etc. this will be discussed in the sequent piece.